PDP Convention: We have learnt our lessons - Secondus 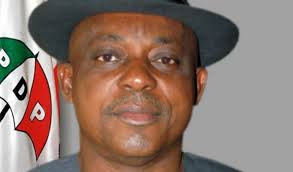 The Peoples Democratic Party has enumerated its success stories in the past years, adding that though the party has learnt its lessons, it has graduated from being an opposition party in 2015 to a ruling party in the waiting in 2018.

Prince Uche Secondus, National Chairman of the Party, said this in an address at the opening of the PPD 2018 Special National Convention which he also declared open on Friday in Port Harcourt.

Secondus, who expressed pleasure in welcoming members from all over Nigeria to Port Harcourt, said that the subject of this year’s national convention was: “Nigerians Take Back Your Country’’.

The party boss also boasted that “today PDP is now in control of the leadership of the National Assembly, adding that “the convention is a crucial stage in PDP’s “ unstoppable march to regain power’’.

He said the party was determined to organise a convention that would remain a reference point for other parties.

He also recalled that the party gathered in Jos, Plateau State, about 20 years ago for a similar convention to herald a new democracy in Nigeria.

Secondus said the party started the Contributory Pension Scheme and reformed the Electoral Process, among others.

Secondus, who said the party members had “Indeed learnt our lessons’’, added that the PDP had “graduated from an opposition party in 2015 to a ruling party in waiting’’ in 2018.