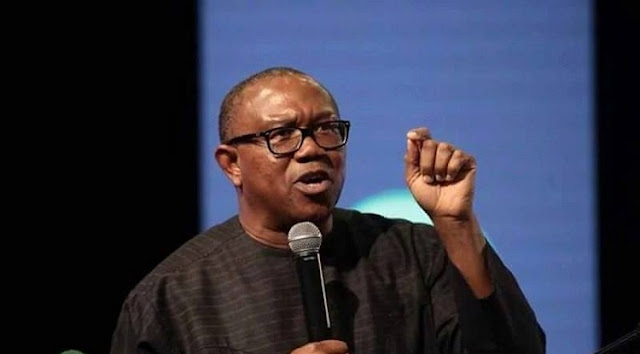 The Coalition of Igbo Youths Council, NIYC, has clashed with Coalition of Northern Youths Group, CNYG, over the choice of former Anambra State Governor, Peter Obi as the running mate to the presidential candidate of the Peoples Democratic Party, PDP, Alhaji Atiku Abubakar.

The NIYC lambasted their Northern counterparts for mentioning Obi, as one of the sponsors of the Biafra separatist movements.

In a statement earlier, the NYLF, had told Atiku Abubakar, to dump Peter Obi, as his running mate.


The Norther youths had also, among other things, said that Atiku should forget about winning the presidential election if he continues with Obi, adding that the former Vice President will not enjoy the total support of the north.

But the Igbp coalition pointed out that the humility and simplicity of Obi and his subsequent nomination has made their political detractors afraid.

In a communique the read after a meeting, in Owerri, the Imo State capital, yesterday, Chairman of the EPYC, Sabastine Okiro, on behalf of NIYC, reiterated its support and acceptance of Atiku Abubakar and Peter Obi as the presidential and vice presidential candidate of the PDP, respectively.

The coalition frowned at the statements credited to the Northern Youths calling on Atiku to drop Obi as his running mate.

In the communique, the coalition noted that Ndigbo has never opposed the candidacies of Northern region on elective positions, and wondered why the Northern Youths should dictate or direct which candidate will emerge from Igboland.

“This sponsored statement from our counterpart in Northern region is a political insult to Ndigbo; it is capable of igniting political rancor among the Arewa and Igbo Youths.

“Peter Obi has never sponsored or be a backbone for Biafra agitation as alleged by Northern Youths. It is on records that before the release of Mazi Nnamdi Kanu from prison and during his stays, tours, rallies and private visitations, he did not have any contacts with Mr. Peter Obi.

“During his recent broadcast, Mazi Nnamdi Kanu did not mention or acknowledged Mr. Peter Obi.

“It is still on records that Mr. Peter Obi does not sponsor other Pro Biafra group leaders like Comrade Uchenna Madu of MASSOB, Chief Ralph Uwazuruike of BIM, Barr. Onwuka Kalu of BZM and others, how did the Northern youths arrive at their allegations that Mr Peter Obi is a major sponsor of Biafra agitation?

“We urge all the youths of Nigeria federation and entire electorates to ignore the sponsored media attacks on the person of Mr. Peter Obi by the northern youths.”