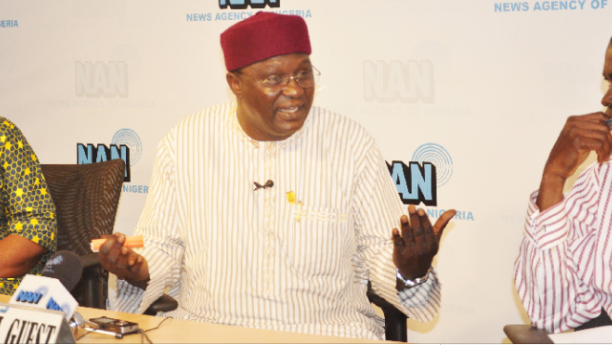 The National President, Nigerian Labour Congress (NLC), Comrade Ayuba Wabba, says the union under his leadership has drawn battle line with state governors who were not ready to implement the new minimum wage.

According to him “we have also made it possible that any state or governor that is not committed to the new minimum wage will meet us at the point where we will sort out ourselves.”

Wabba stated this yesterday in Lafia during the flag-off of 100 housing estate in Kwandere, Nasarawa State by the federal mortgage bank in collaboration with NLC, TUC and Nasarawa State government.

He said that the union has completed negotiations at the technical level.

“We commend the organised private sector for supporting the process and for standing by Nigerian workers, we are at the process of signing the report and submitting to Mr. President.

“It is therefore at that level that the amount agreed will be made public, the committee was appointed by Mr President, we have completed the process and submitted to him, he is the person that will transmit it to the National Assembly.

“I can assure Nigerian workers that base on what we did, if implemented will bridge the gap of income disparity that has long time put workers under very difficult condition,” he said.

Speaking earlier at the event, the Managing Director of federal mortgage bank Arc Ahmed Dangiwa said the program was designed to be implemented in phrases.

“What we are witnessing today is the first phase to be run as a pilot to deliver 1,400 housing units across the six geopolitical zones in the country, each zone will have 200 houses with 100 units in two selected states, Abuja and Lagos are to be treated as special sites.

“Nasarawa is lucky to be one of the two states picked in the North central geopolitical zone, largely due to its commitment to the NHF scheme amongst other reasons,” he said.