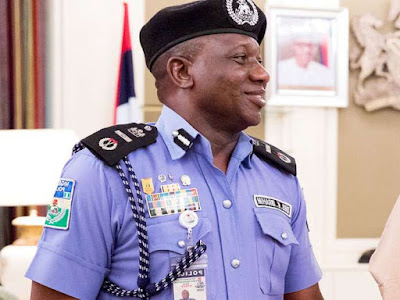 Ibrahim Idris, inspector-general of police, has summoned some Peoples Democratic Party (PDP) leaders in Akwa Ibom state to Abuja over the violence which led to the destruction of some campaign materials of President Muhammadu Buhari’s reelection bid.

Supporters of the All Progressives Congress (APC) and the PDP clashed in Uyo, Akwa Ibom state capital, earlier in the month.

Ini Okpodio, chairman of the APC in the state, was said to have written a petition to the police over the issue, prompting the invitation by Idris.

Among those the IGP invited are Idongesit Nkanga, campaign coordinator of the reelection of Udom Emmanuel, governor of the state; Paul Ekpo, chairman of PDP in the state; Onofiok Luke, speaker of the state house of assembly; Iniobong Essien, commissioner for environment; and Fubara Duke, senior special assistant to the governor on security.

In a chat, Charles Udoh, commissioner for information, criticised the action of the police, wondering why APC members in the state were not also invited.

A top official of the Akwa Ibom government, who craved anonymity, alleged that the invitation is part of the plot to take over Akwa Ibom in 2019.

“The issue here borders on destruction of Buhari’s Presidential campaign billboards in Uyo, Akwa Ibom state , a charge PDP and the environment commissioner have denied and clarified,” he said in a statement.

“The general plank for the invitation, according to the police, openly revolve around instigation to cause violence. A security agency established by law has invited us so we have to honour. We obey laws here. It started with the billboard issue and the IGP sent a team from Abuja that investigated and even detained the commissioner for Environment for no just cause.

“The APC conducted their governorship primaries in this State and three persons were killed, no petitions, no investigations, no arrest, no prosecution. As a fallout from the primaries, a police station was burnt in Okobo Local Government Area, and other sundry but weighty infractions, yet the police looked at the left and ignored the incidences at the right even with photo evidence and outcry.”

Jimoh Moshood, police spokesman, was not available for comment as of the time this report was filed. He neither answered his calls nor replied the text message sent.