EO6: CACOL reacts to Buhari’s travel ban on 50 politicians, tells aggrieved persons what to do 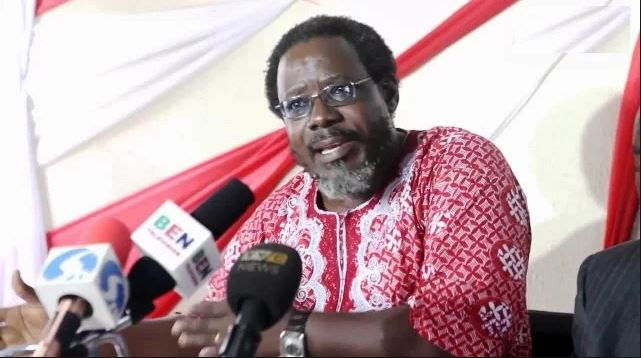 The Centre for Anti-Corruption and Open Leadership, CACOL, has backed the travel ban placed on 50 high profile Nigerians by the President Muhammdu Buhari administration.

Buhari’s directive is to also ensure that the accounts of the 50 politically-exposed persons are placed on moratorium while they remain on security watch, pending the full determination of their corruption cases, ongoing or under investigation.

CACOL, in a press release issued by its Coordinator, Media and Publications, Adegboyega Otunuga, said those that have stolen from the country should face the consequences.

The Centre said, “We would recollect that one thing almost every informed Nigerian was very concerned about in the fight against corruption in this country was, clearly absence of adequate and comprehensive laws to handle the menace in such a way that suspected culprits and enablers of this social menace would no longer have a field day with the pilfering of our commonwealth and use the weakness of the subsisting anti-corruption laws to elope from the country where they could easily treat themselves to the same loot they acquired by denying other Nigerians the benefits of a good life.

“The truth is that it is easier to get whosoever has purloined the nation’s wealth to be made to account for it and prevent him or her from manipulating the state of such looted funds while domiciled here. The reason is because Governments have had to enter into bilateral arrangements with countries of destination where these loots are kept and even made away with certain percentage before such amounts or individuals could be repatriated. When we view the precarious situation corruption has thrown this nation and its people, we would better appreciate why ‘drastic and precarious situation calls for a measure of drastic steps/ actions.

“For those who insist that such actions of the Muhammadu Buhari’s government are illegal, unacceptable and that it could be a prelude to dictatorship, we hasten to state that most democratic countries of the world have such provisions in their statute books, i.e. USA, Malaysia, etc., and this is why the Buhari’s government approached the Nigerian judiciary at the conception of this Executive Order 6 to secure the required legal muscle for it.

The organization urged persons who think the President’s action was illegal and out of order to contend their matter in court of competent jurisdiction.

CACOL added, “We cannot be seen to be saying capital NO to Corruption on one hand and in another breath be seen to be opposed to necessary measures that could rid our nation or at least, minimize the effects of same ghost haunting us down in another breath. It is in this light that we at CACOL quite agree that for those who are shouting or implying that such anti-corruption instruments could be used to witch-hunt or hound the opposition into inaction, etc., we believe that such could be challenged in courts of competent jurisdiction whenever they do occur.

“This is because, the nation could no longer afford such a hypothetical situation when corruption is already driving the nation to the precipice while many Nigerians can no longer afford three square meals a day, majority of our youths remain unemployed or under-employed, and the nation’s hospitals have virtually turned worse than ‘mere consulting clinics’ while the perpetrators of our misery continue to delay justice by seeking for adjournment upon adjournment on flimsy excuses of health concerns to run abroad where they have access to best luxuries while their victims wallow in abject poverty at home, etc.

“Though we quite agree that, to have a more institutionalized and comprehensive allowance for fighting this ubiquitous ghost of corruption, a resort to sweeping legislative amendments was required, but since this could not be immediately achieved and the existing arrangements and the constitution allow the president of the federal republic such emergency enablement like the Executive Orders with judicial approval, we commend the leadership of Muhammadu Buhari for taking advantage of such provisions and enjoin him to judiciously and expeditiously utilize same in a manner that is completely devoid of witch-hunting or any form of undue flagellations, while, constantly, holding our public office holders to account, irrespective of whose ox is gored.”