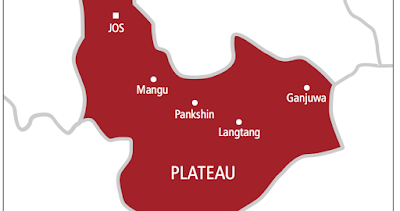 At least 14 people were killed by gunmen in a Tuesday night attack in Jol Village of Riyom Local Government Area of Plateau State, an official has said.

The caretaker chairman of Riyom LGA confirmed the attack to our source in a telephone interview.

This attack is coming two days after President Muhammadu Buhari condemned the recent violence that rocked Jos, the Plateau State capital, leading to some deaths over the weekend.

Like President Buhari, Governor Simon Lalong of Plateau, in his Independence Day speech, also condemned the recent violence and urged residents to live in peace.

The Tuesday night killing occurred despite the calls for peace.

“The attack is true. Fourteen persons including women and children were killed by gunmen. Security personnel in the area have seen the corpses,” he said.

The identity of the attackers could not be determined as at the time of this report.

Several calls put to Tyopev Terna, the state police spokesperson, on the attack was not responded to.

Also, calls put to spokesperson of a joint security operation, OPSH, Adam Umar, an army major, were not responded.

The Plateau State commissioner of information and communication, Yakubu Dati, could also not be reached on his known telephone number as at the time of this report.