Use gloves to shake politicians Sani says, as he gives Bichi 7 point’s agenda 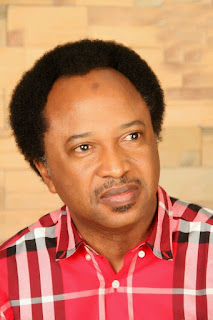 A different song was sang on Friday by Shehu Sani, the senator representing Kaduna Central, when a good number of Nigerians flayed and criticized President Muhammadu Buhari for replacing the acting Director-General, Department of State Services, DSS, Mathew Seyeifa with Yusuf Bichi.


Sani who listed seven points agenda for the new DG DSS, admonished him to be wary of politicians who would as a matter of his recent appointment befriend him. He told Bichi to use gloves for them which literary means to guard himself intellectual and otherwise before intimating with any of them.

Among the agenda’s given to Bichi include, to be professional, respect the rule of law and obey court orders, end kidnapping and rescue abductees, avoid partisanship, Improve welfare of operatives, asphyxiate and annihilate terror groups.

Recall that the Southern, M- Belt leaders had rejected Bichi’s appointment as new DSS D-G, noting that the President who approved his appointment does not care a hoot about the unity, cohesion and oneness of Nigeria.

“The president went ahead to deep himself further into the cocoon of ethnic irredentism in making this insensitive appointment. “It shows clearly that he does not care a hoot about the unity, cohesion and oneness of Nigeria”, part of their statement read.

For them Buhari is tribalistic, nepotistic and has dishonored the principle of Federal character as enshrined in the constitution.