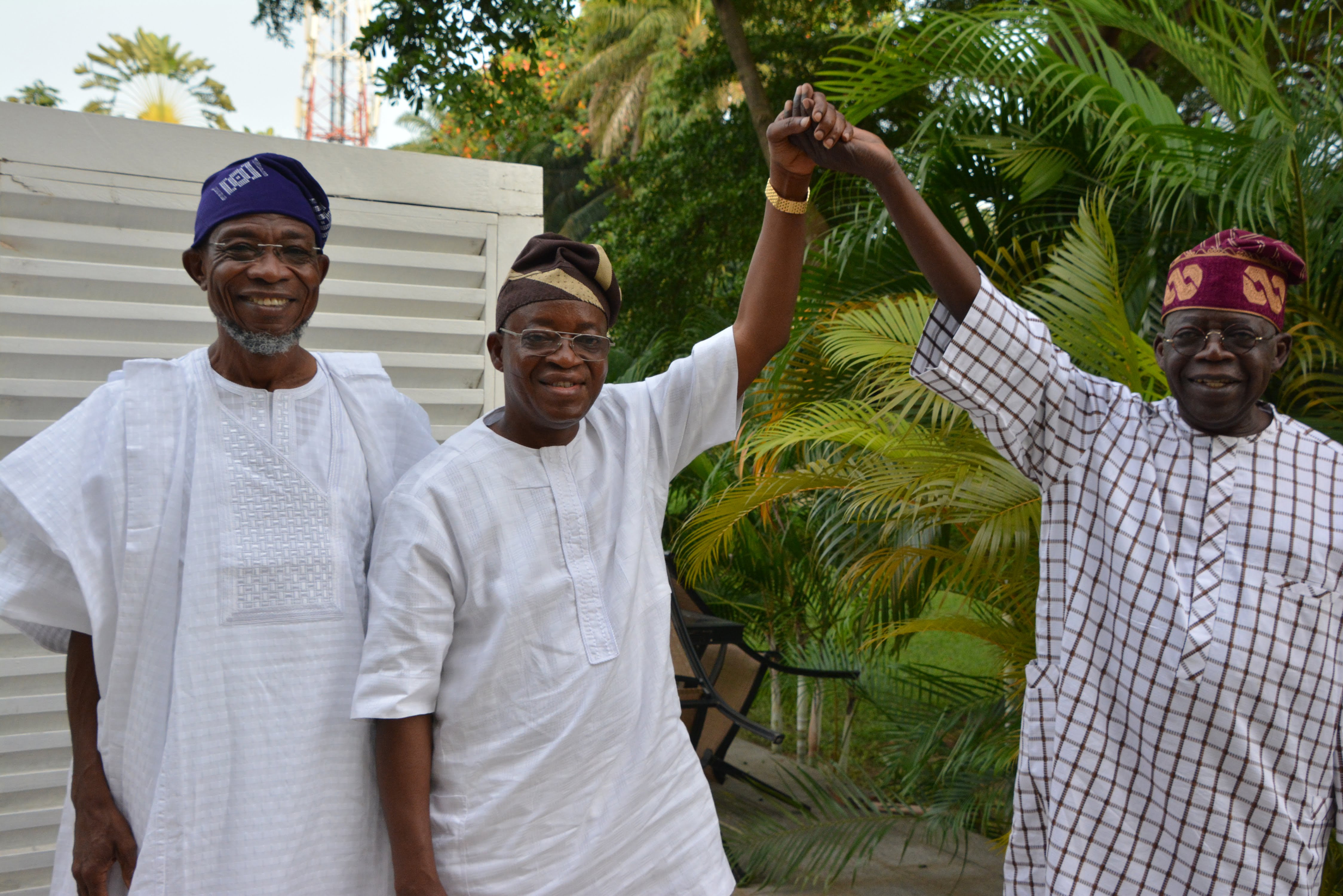 A National leader of the All Progressives Congress, APC, Asiwaju Bola Tinubu, on Friday met with the Osun State Governor-Elect, Gboyega Oyetola.

Tinubu, a former Governor of Lagos State met with the newly-elected governor at his residence in Ikoyi area of the state. 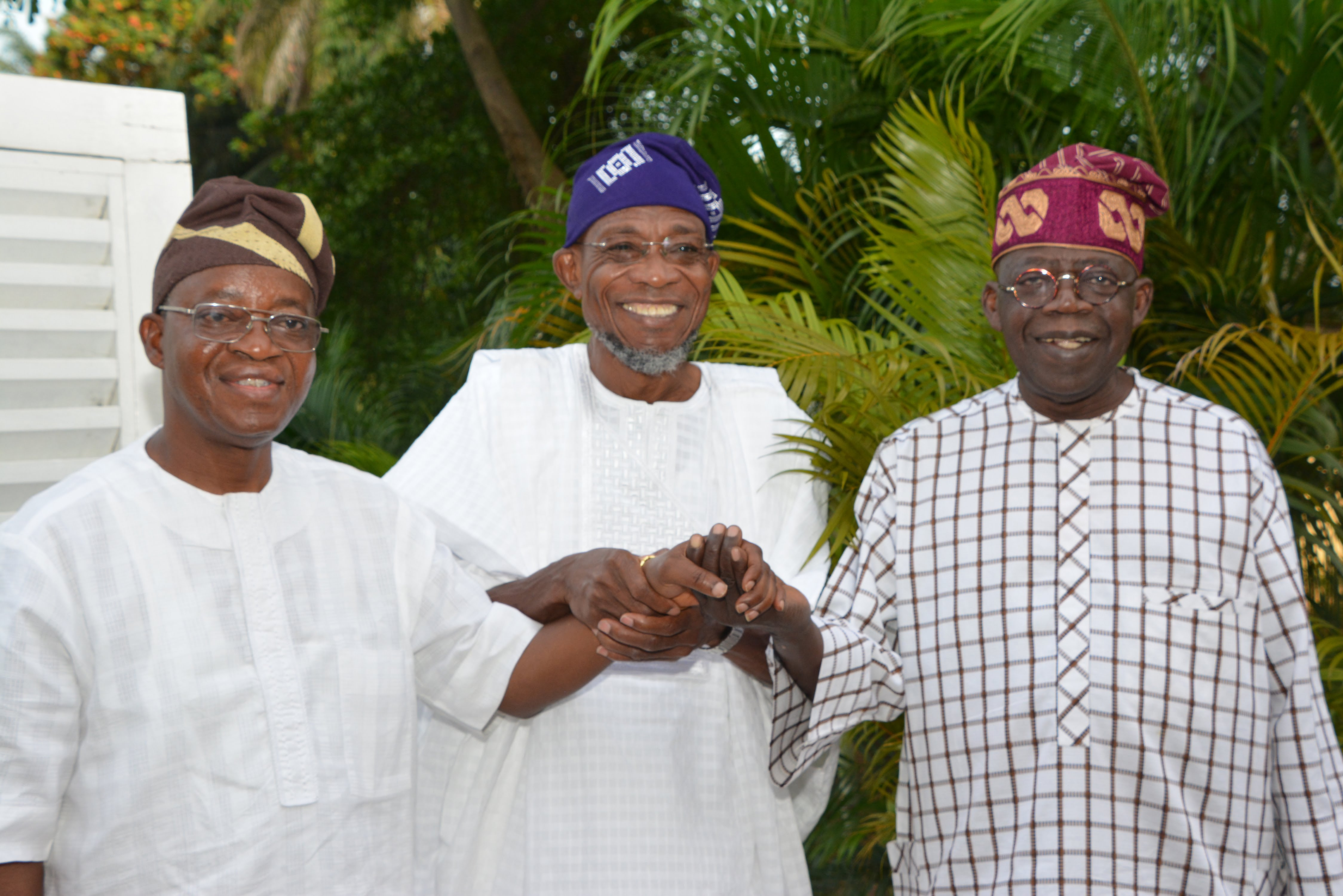 The APC leader was accompanied by Lagos State Governor, Akinwunmi Ambode, and former Minister of State for Defence, Musiliu Obanikoro

During the meeting, the outgoing governor of the state, Rauf Aregbesola handed over Oyetola to Tinubu.

Recall that the Independent National Electoral Commission (INEC) had declared Oyetola, who was the governorship candidate of the All Progressives Congress, APC, winner of the gubernatorial election in Osun State. 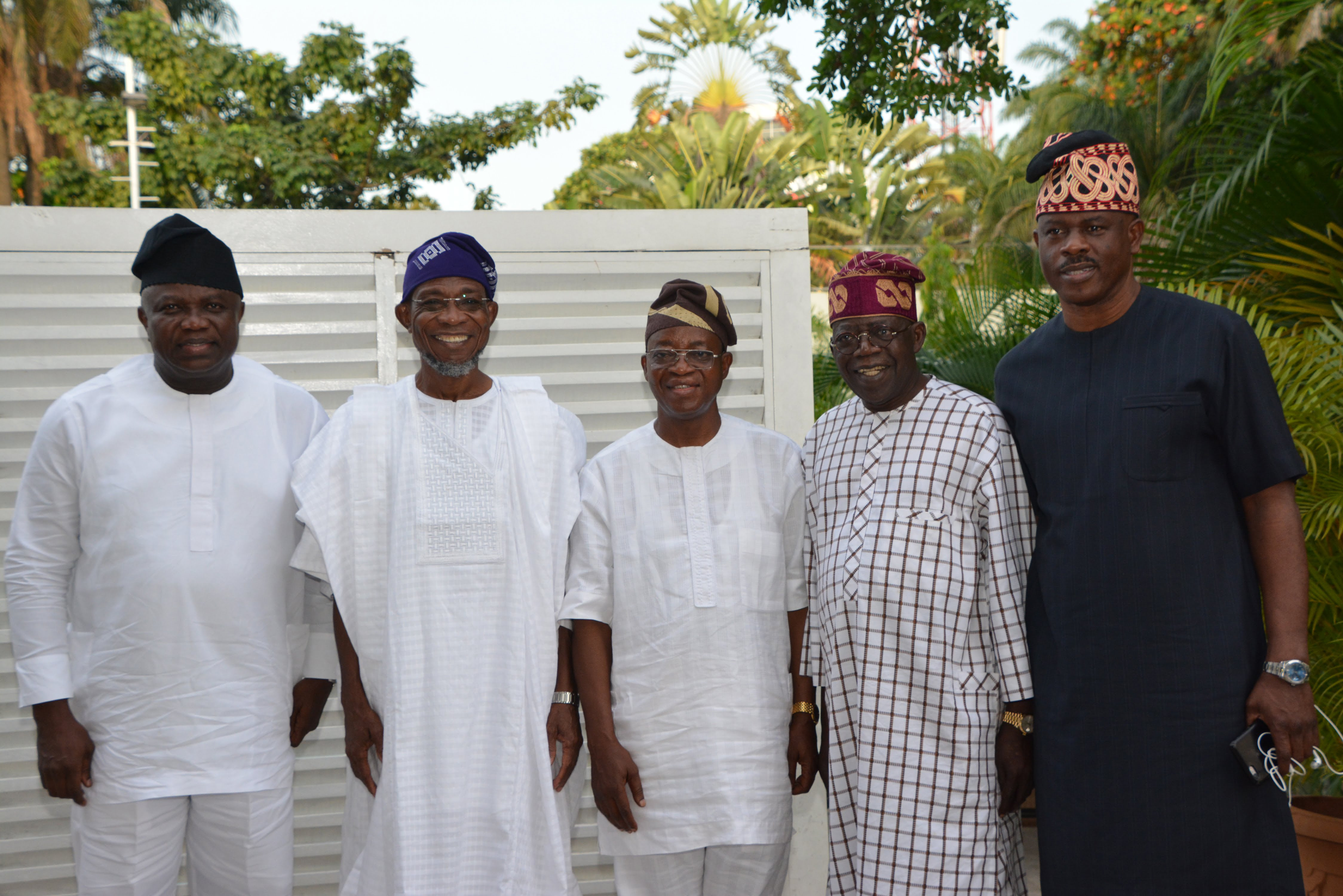