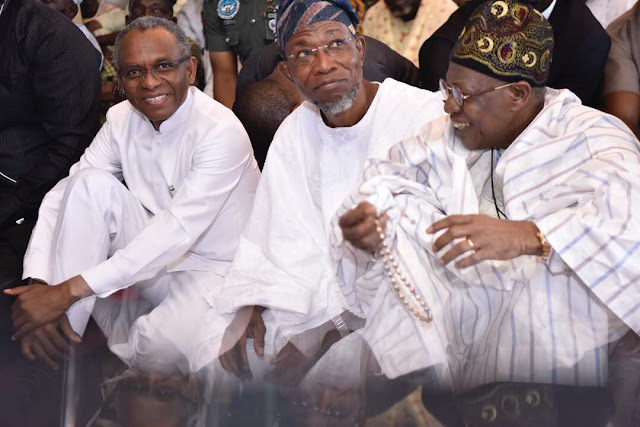 Nasir el-Rufai, governor of Kaduna state, and Lai Mohammed, minister for information, are currently in Osogbo, capital of Osun state.


They arrived the state around 1pm and headed to the Okefia government house, Osogbo, where they were received by Rauf Aregbesola, governor of the state.

The two governors with Mohammed later observed the Friday Jumat prayer at the mosque inside the government house.

There are reports that Bola Tinubu, a national leader of the All Progressives Congress (APC), is also in the state.

Gboyega Oyetola, former chief of staff to Aregbesola, is the candidate of the ruling party.