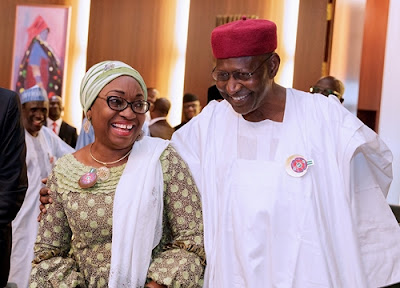 A Non-Governmental Organisation, Brekete Family, has sent a petition to Vice-President Yemi Osinbajo asking him to probe the Chief of Staff to the President, Mallam Abba Kyari, for his alleged role in a contract scam.

In the petition signed by the Executive Media Strategist of Human Rights Radio and Television/Brekete Family, Ahmad Isah, the group said the petition became necessary because the Economic and Financial Crimes Commission had failed to take appropriate action on the matter over a year after the matter was reported to the commission.

Recall that Bako Waziri, who claimed to be Kyari’s nephew, had alleged that the President’s aide had promised him a contract worth over N300m and asked him to pay some money to one Sani Ado who claimed to be an official of the Bureau of Public Procurement.

Waziri also claimed that he gave about N29.9m to the said Ado in order to facilitate the contract but he never received it.

He also claimed that the EFCC told him that it could not investigate Kyari because of his status.

However, in a petition which was submitted to Osinbajo on Thursday, the group said it had become necessary for the Vice-President to look into the matter.

The Presidency on Saturday denied the allegation. The Senior Special Assistant to the President on Media and Publicity, Garba Shehu, said in a statement that the allegation by the petitioner was built on fiction.

The EFCC had confirmed that it had started work on a petition linking Kyari to the alleged contract scam.

The Spokesperson for the EFCC, Mr. Wilson Uwujaren, said this in a text message sent to newsmen  on Friday.

But reacting on Saturday, Shehu denied the allegations, insisting that contrary to the petitioner’s claim, Kyari never met the complainant in a hotel.

He also said that the contract said to have involved the supply of 15 Hilux vehicles for the Presidency could not have existed as it was not in the 2016 or 2017 budget.

He stated, “The Presidency takes strong offence to the improbable and outlandish publication by Punch newspaper today in a dig at presidential aide Abba Kyari who was alleged to have collected N29m bribe to award a contract.

“We wish to state with full authority that the allegation is wrong and the chief of staff did not have any private meetings with the person making those allegations.

“We equally note that the supply of 15 Hilux vehicles for the Presidency was an unlikely contract to have been awarded, as it did not exist anywhere in the 2016 and 2017 budgets.

He said, “It was only since Abba Kyari occupied that position that things changed.

Efforts made to get the spokesman for the Department of State Services, Mr. Nnochirionye Afunanya, failed on Friday as calls made to his telephone indicated that it was switched off. A text message sent to the mobile also did not deliver.