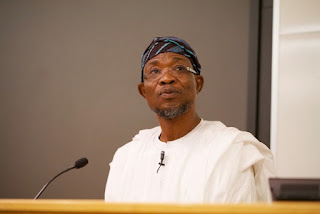 
Mr Sola Fasure, the Media aide to Governor Aregbesola, made this known on Thursday in Osogbo.

Fasure said that the appointment was approved during the State Executive Council meeting, adding that that the new chief of staff was sworn-in immediately.

The News Agency of Nigeria reports that Salinsile replaced Alhaji Gboyega Oyetola, who is now the All Progressives Congress candidate for Sept. 22 governorship election in the state.

Oyetola scored 127,017 votes during the APC primary held on July 20, to defeat 16 other aspirants.

Fasure said in a statement that the State Executive Council also approved the appointment of Mr Tunde Adedeji as the Chairman, Local Government Service Commission.

Adedeji is to replace Mr Peter Babalola, who resigned his appointment on Aug. 23.

Babalola, who was one of the 17 aspirants that contested the APC primary, defected to Peoples Democratic Party (PDP) on Aug. 24.