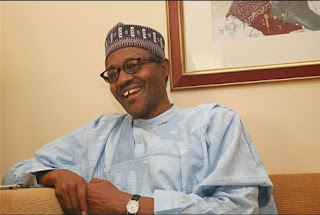 President Muhammadu Buhari has welcomed the pledge by the Organisation of Islamic Cooperation to help Nigeria tackle the Boko Haram insurgency through sound education among others.

The Special Adviser to the President on Media and Publicity, Mr. Femi Adesina, in a statement on Friday said Buhari spoke during a bilateral meeting he had with OIC’s Secretary-General, Dr. Youssef  Al-Othaimeen, on the margins of the 73rd United Nations General Assembly in New York on Thursday.

The President also underscored the importance of education in purging the mind of wrong indoctrination, particularly on religion.

Buhari noted that the problem in Nigeria was aggravated by climate change and population explosion.


He reiterated his position on the need for the recharge of Lake Chad through inter-basin water transfer, “to take care of about 45 million people who depend on the lake for agriculture, animal husbandry, fishing, and many others.”

The OIC scribe had told the Nigerian President that his organisation had passed a resolution committing member states to support Nigeria in combating extremism.

He said that the body was ready to use its facilities and institutions to correct the wrong narrative that the Boko Haram insurgency was about Islam.

Al-Othaimeen, who noted that development was essential to addressing extremism, also pledged assistance for Nigeria in that respect.