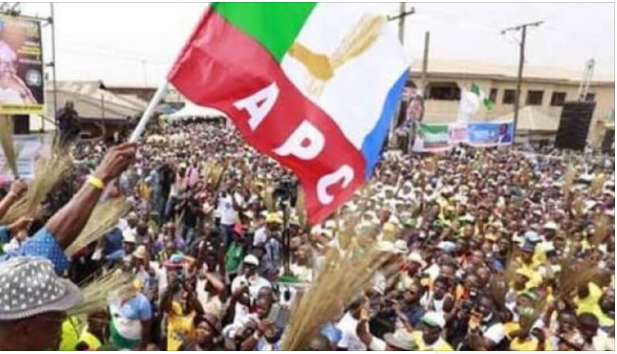 The All Progressives Congress (APC) says it has received fresh reports from its field agents ahead of Thursday’s Osun State supplementary governorship election.

The ruling party alleged that there was an ongoing buying and cloning of Permanent Voters Cards (PVCs) by agents of the Peoples Democratic Party (PDP).

APC spokesman, Yekini Nabena, made the allegation in a statement on Tuesday.

He said: “We view this development as bizarre and a sign of the desperation of the PDP to takeover Osun State by all illegal means.
“While we call on the Independent National Electoral Commission (INEC) to urgently investigate the development and promptly arrest persons behind the cloning, we strongly advise INEC to ensure that its voters register is not tampered with.

“Also, we call on INEC and security agencies to speak publicly on measures being taken to stop the ongoing vote buying by PDP agents which has become widespread in the State.

“We call for calm in the face of the already tense situation caused the PDP’s now public rigging plot. The Osun electorate must remain alert and resist any plot to subvert the people’s will and manipulate the rerun election.

“Commendably, the police already have in its custody a PDP stalwart who led other PDP leaders to buy up voters cards ahead of Thursday’s governorship rerun.

“There however remains much to be done to ensure the credibility of the forthcoming rerun election”.

INEC had on Sunday announced results of the governorship election, with the candidate of PDP, Ademola Adeleke, leading with 254,698 votes while APC candidate, Gboyega Oyetola, polled 254,345.