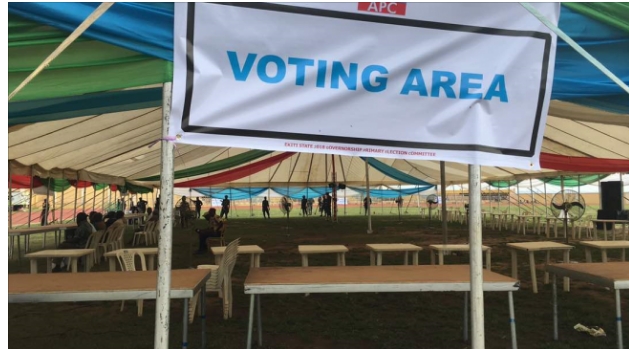 The All Progressives Congress (APC) has yet again rescheduled its presidential primary election to hold on September 28.

Yekini Nabena, APC national publicity secretary, announced this in a statement on Monday.

This is the third time the party would be postponing its presidential primary.

The latest postponement comes barely 24 hours after Nabena announced the rescheduling of the election form from September 25 to September 27.


Nabena said the recent shift was to avoid a clash with the Osun governorship rerun election fixed for September 27 by the Independent National Electoral Commission (INEC).

The party had last week shifted the election from September 20 to September 25.

“In view of the Osun governorship re-run election which has been scheduled for Thursday, Sept. 27, 2018, by INEC, the APC has now rescheduled the presidential primary election to Sept. 28.,” Nabena said.

“This is to avoid a clash in dates with the Osun governorship re-run election and to enable all registered party members in all 36 states of the federation, including the Federal Capital Territory (FCT) participate in the exercise.”