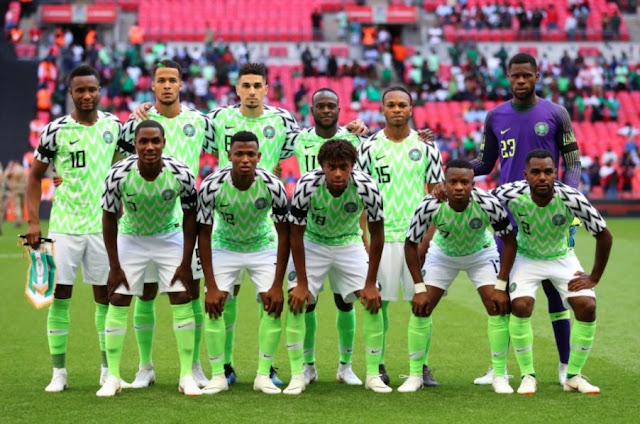 It was a stress free outing for Coach Gernot Rohr and his technical crew on Saturday as the Super Eagles won their first Group E match, in the AFCON 2019 qualifiers beating Seychelles 0-3 in 93 minutes.


The Eagles enjoyed for what could pass for a cruise control maintaining 72% possession to Pirates 28 all through the encounter.

The goal feast for the Eagles started with a super strike by Ahmed Musa who was equally impressive at the recently concluded World cup in Russia. Prior to the match the Pirates coach Jeane Garvin cautioned his team mostly made up of non professional footballers to keep a tab on Musa and company as they will not hesitate to do damage, and indeed they did.

Odion Ighalo who was lampooned in some quarters following his poor run in Russia, converted a penalty.

The Mediterranean Knights, in the opening group match.

The match could easily be dubbed a tea party for the Eagles, with the only minus being the injury to Chidozie Awaziem who was quickly replaced by Semiu Ajayi who is making his debut for the senior national team.