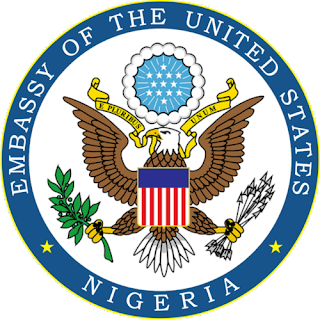 
Young made this known during a courtesy visit to the Nigerian Film Corporation on Thursday in Jos.

He said the U.S was investing in health, education and agriculture sectors among other as part of its efforts to improve Nigeria’s human capital to shore up development.

“ We give Nigerian these interventions to develop these various sectors to enable them participate in the creative industry, which is a potential economic drive to the future of the country.

“We are also contributing towards improving primary education, small and medium enterprises, and the agriculture sector to help establish agro allied industries to create job opportunities for youths,“ he said.

The U.S Envoy said the country was also partnering with security agencies to train its personnel and the Independent National Electoral Commission to strengthen it to conduct credible elections at all levels.

Young pledged U.S support in collaborative productions, equipping Nigerian film practitioners and students with the requisite skills to thrive in the industry.

According to him,  Nollywood is next to Bollywood in the quantity of films production.

In his remarks, Dr Chidia Maduewke, Managing Director of NFC lauded the U.S. for her collaborations and efforts towards developing the film industry, saying that the action has already yielded positive impact.

“ We had successful discussions with motion picture companies and business entities in the U.S.

“We are engaging Studio schools in California, Silicon Valley and other organisations to develop Nigeria’s film industry.

“This is through leveraging on windows of opportunities in terms of developing our skills and building our capacity to improve on the quality of film production,“ he said.

Maduekwe said NFC was in dire need of support to revamp its viewing centres to screen films which would showcase films that preach peace, unity and love to fast track development.

The News Agency of Nigeria reports that the US envoy also visited the National Film Institute where he had an interactive session with the students.

Highlights of the visit also included the envoy’s presentation of a poem preaching peace and progress as critical to development.

NFC also presented some of its works and materials to the US envoy.