The Publisher of the Ovation Magazine and former presidential aspirant, Dele Momodu has reacted to the defection of the Senate President, Dr. Bukola Saraki, from the All Progressives Congress, APC, to the Peoples Democratic Party, PDP. 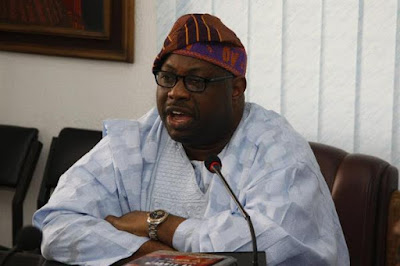 Momodu said he had already predicted that the Senate President would dump the APC in order to seek the presidential ticket of the PDP.

In a tweet he shared on Wednesday morning, Momodu said, “John the Baptist? I wrote that Saraki was interested in the Presidential race and some busybodies descended on me that the report was fake.

“Pastor Tunde Bakare was right… we are pen Prophets…”

Saraki had on Tuesday announced that he was no longer a member of the ruling All Progressives Congress, APC.

He further revealed that he defected to the main opposition Peoples Democratic Party, PDP, over several reasons.