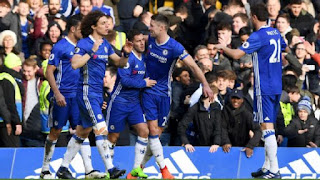 The Russian owner of Chelsea Football Club, Roman Abramovich, has indicated his interest to sell the club, only if the potential buyer can pay £2.5billion.


According to The Times UK, the Russian businessman, who was denied a new visa to enter the UK back in May has been receiving numerous sale inquiries about the club.

The visa problem also made him put on hold the £1 billion redevelopment of Stamford Bridge, he had planned.

Now, The  Times UK claims that Abramovich has even set an asking price, and will demand at least £2.5bn, a sum that would make any takeover the biggest of a football club in history.

However, Chelsea sources insisted on Sunday that Abramovich remains committed to the club and has no plans to sell following reports of a failed bid from Silver Lake, an American private equity company which was seeking to buy a minority stake.

The Russian has reportedly hired US investment bank Raine Group to seek interest from investors in China, the US and Middle East.

They are the same specialist that helped Manchester City sell a 13% stake in the club to Chinese investors, and have a long association with Chelsea.