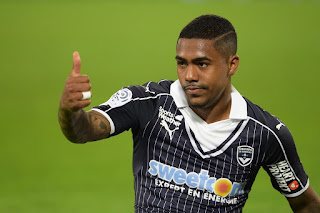 Roma president, James Pallotta, has insisted that Barcelona “unethically and immorally” signed Malcom, when the Italian club already had an agreement with the player and his former club Bordeaux.


It has then asked for Lionel Messi by way of apology.

The Giallorossi were expecting Malcom to arrive for a medical earlier this week, only for Barca to hijack the transfer with a bigger offer to Bordeaux.

Pallotta in an interview with SiriusXM FC, said: “They knew that this was done.

“In point of fact yesterday they apologised to us about their actions and how they did things and I don’t accept the apology, I mean, at all.

“The apology, the only way I’ll except it is either one of two things. I mean at the end of the day, send [Malcom] to us, and you know that’s not going to happen.

“But maybe, as a goodwill gesture, at the very least they should send Messi to us.”