Two years ago when President Muhammadu Buhari  launched Operation Harbin Kunama, a military taskforce  targetted at banditry and cattle rustling in Zamfara state, many residents heaved a sigh of relief. 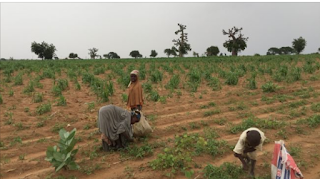 Despite the efforts of the government and security forces, attacks have not stopped but taken a worse dimension. Farmers in different parts of Zamfara have abandoned their farmlands over fear of being kidnapped.

Some farmers affected by the insecurity in the land told TheCable that the current farming season is the worst in decades, not because of weather but attacks.

Around 9:30am on Monday, Abdu Isyaku, a farmer in ‘Yar Tasha, Maru local government area of the state,  was seen on his rickety motorcycle. Asked where he was heading to, he said Gusau, the state capital, to do what he describes as “hustling”.

At this time, the peak of farming season, Isyaku, 43, was supposed to be at his farm, south of his village, but he and many others have turned their backs to their farmlands out of fear of death or abduction.

“Since the days of our ancestors, all we have known to do is farming. But because of the fear of bandits we can no longer go to our farms,” he said.

In many villages, venturing a kilometer away could prove dangerous. In some cases, children are sent to the farm to minimise the risks of kidnapping.

An investigation in Maradun and Maru local government areas shows that many families have turned away from farming to make a living.

Villagers say they are aware that the bandits are hiding not far away, waiting for an opportunity to either kidnap or kill.

Hamisu Rabiu , another resident, said the men chatter under trees or just sleep instead of going to the farm.

“We spend every night either on trees or awake perpetually in fear of bandits attack. In the day we either sleep or just gist around. No one can dare go to the farm. It is dangerous,” Rabiu said.

For many people in Zamfara, this year may be tough, not because of poor harvest but bandits. This means more people will plunge into extreme poverty.