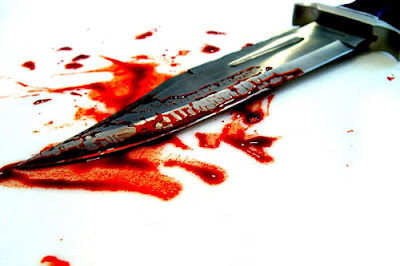 An FCT High Court, Apo, on Monday ordered that a teenager accused of conspiring with her mother to murder her father, Kusha Kure, be remanded in Suleja prison.


The teenager allegedly carried out the dastardly act because the deceased had not been in support of her marital plans with her 24-year-old boyfriend.

Justice Idris Kutigi ordered that the accused person be remanded after the girl and her mother, Asabe, pleaded not guilty to charges bordering on conspiracy and culpable homicide.

Kutigi then adjourned the case until September 19 for hearing.

The police prosecutor, Mr. Fidelis Ogbobe, told the court that the alleged offences were committed on
March 10.

He said that the teenager and her mother, both firewood sellers of Karavan Village Bwari, Abuja, allegedly hacked Kure to death at their home in Karavan on March 10.

According to him, the teenager carried out the dastardly act because the deceased had not been in support of her marital plans with her 24-year-old boyfriend.

The offences, he said, contravenes sections 97 and 221 of the Penal Code.

Culpable Homicide is punishable with death under Section 221 of the Penal Code.