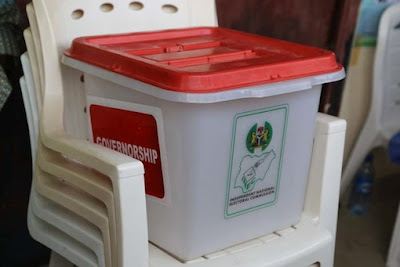 The Independent National Electoral Commissioner, (INEC) on Monday said the hopes and expectations of Nigerians on the Ekiti gubernatorial election which comes up in two week time will not be dashed.


The News Agency of Nigeria, (NAN) reports that the commission’s top officials, on a visit to the state, gave the assurance in Ado Ekiti, saying there would be no room for failure in the poll.

Soyebi said the workshop was to tidy up things as every polling unit must be opened by 7am.

“There will be no room for excuses. Any Local Government where this happen, the Electoral Officet, (EO) will be responsible

“You must share responsibilities with your assistants to avoid one-man show. You must also watch your utterances so as to safeguard the integrity of the exercise,” he said.

Also speaking, Zakari debunked an allegation by Gov Ayo Fayose that she had been hired by the governorship candidate of All Progressives Congress, Dr. Kayode Fayemi, to rig the election in favour of APC.

She challenged the governor and the Peoples Democratic Party to back their allegations with evidence, saying it was not possible for an individual to rig an election.

“They should prove that beyond reasonable doubt. I doubt it if an individual can rig an election when there are over 20,000 personnel to conduct the election.

“They should back their allegation with fact and figures. We (INEC) have nothing to hide. I see no reason why INEC would want to go back to bad old days. We are moving forward as we remained focused to ensure a credible election that Nigeria will be proud of.

Zakari said the workshop would review work done so far and to expose officials to new ideas, processes and approach to a successful conduct of the election.

“The workshop is to ensure proper preparations for the election. This is the practice over the years. It is to ensure there is no gap between policies and implementation

“I have no doubt that this will be well-organised and it will be adjudged as the most successful election ever conducted,” she said.

Earlier, the Resident Electoral Commissioner in Ekiti, Prof. Abdul-Ganiyu Raji, said the workshop was to ensure information flow between policy formulators and the implementors towards a successful conduct of the election.(NAN)