Okechukwu Enelamah, minister of trade and investment, says there is no cause for alarm in respect to the recent global poverty report released by Brookings Institution. 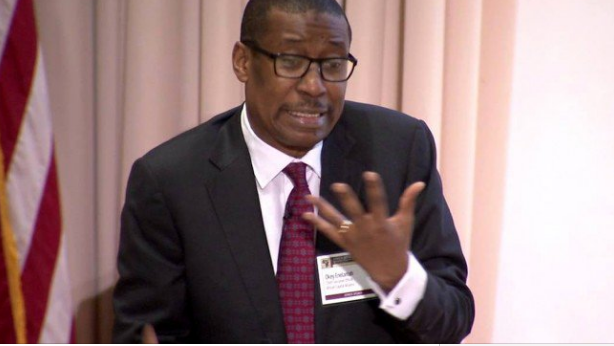 In a recent report, Brookings Institution said Nigeria has replaced India as the world’s poverty capital with six people slipping into poverty every minute.

While responding to questions from journalists on Wednesday at the end of the federal executive council meeting, he said the Buhari-led administration’s urgent infrastructure programmes and enabling environment for businesses will reduce the poverty rate.

He said the indices used by Brookings Institution in the poverty report was probably compiled when the country was in a recession.

The economy had slipped into a recession in 2016 and exited in September 2017.

“So, when you get reports from Brooking Institution or all sorts of people, you need to look at the context. Somebody may have written a report when we were in a recession.

“Remember that if you are in a recession, what it means is that even though, your population is growing, people don’t stop procreating, your growth fact, which means that in theory depending on how they run those numbers, you will be going the other way. There is absolutely no question that there an urgency to create employment in Nigeria.

“What I can tell you, with certainty based on one’s background in business and economics, is that if we complete the things on infrastructure and you implement these reports we are doing, that is what I mean by a leading indicator, poverty will go down.

“There is no magic to it. But you have to do it first, you have put in the infrastructure, you have to implement the economic programme which is what will create the opportunities, they don’t drop from the sky.

“So, I think we should roll up our sleeves as a people and do the work because, if we don’t do it, our people continue to bear children obviously, they would get poorer. So, I don’t think we should kill ourselves that poverty is something just happen.

“I think it comes out of the urgent need we have as a country which is why we are focusing as a government to make sure that we create the enabling environment, the infrastructure that is required to create opportunities for our people and I believe that will happen in the process of time.”