Ahmadu Ali says he was likened to Adolph Hitler, late German dictator, during the enquiry into the students’ unrest of 1978. 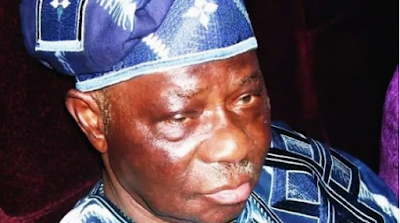 Ali was the federal education commissioner at the time.

Describing his account of events in his book, ‘The many colours of a rainbow,’ Ali said he was made a scapegoat of the military government’s plan to increase boarding and lodging fees across Nigerian universities.

Ali said this was despite the fact that he had no knowledge of the planned hike in fees. The former chairman of the Peoples Democratic Party (PDP) said he was not consulted when the plan was initiated.

“A commission of enquiry into the cause of the crisis under justice Mohammed was set up,” he wrote.

“It seemed everybody, including the government wanted a scapegoat and Ahmadu Ali, the commissioner of education was that convenient scapegoat.”

When he attended the hearing to offer his testimony, one Ighodalo, Ali said, made the ‘Hitler’ remark.

He quoted him as saying: “Look at him……like Hitler. Small people are very dangerous!”

Ali said he was cleared of any wrongdoing by the commission, but came under the spotlight once again after he issued a press statement condoling the student community over the loss of lives, and announced the indefinite closure of University of Lagos (UNILAG), University of Ibadan (UI) and Ahmadu Bello University (ABU) Zaria.

He said the students, the public, and the press were unanimous in their condemnation of him, as he was accused of “arrogance and lack of sympathy for students who had lost their lives in the crisis”.

STALLED CAREER AND EVENTUAL RETIREMENT
Ali eventually relinquished his position and was posted to Kaduna as commanding officer and chief medical consultant, a deployment he felt was a demotion.

He said many of his combatant colleagues whom he was senior to had surpassed him and had become generals.

Ali wrote: “It had become rather unwieldy to address them as sir, while historical and seniority reasons, they were also addressing me as sir.”

He said despite the initial opposition from the then head of state, Olusegun Obasanjo, to his request to quit the army, he eventually got his wish in early 1979 and was honourably retired.