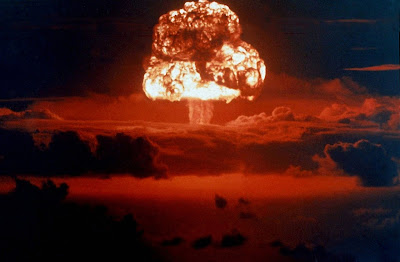 A mystic claims to know exactly what date the World War 3 will begin.


He had accurately predicted Donald Trump’s presidency and the US attack on Syria.

Horocio Villegas, who claims to be the ‘messenger of God,’ believes nuclear war is just around the corner.

The exact date is predicted to be May 13, 2017 – which is the 100th anniversary of the visitation of Our lady of Fatima.

The Catholic clairvoyant, who lives in Texas, United States, claims to have predicted that Trump would win the US election back in 2015, according to the Daily Star.

He also reportedly predicted that Trump would become the “illuminati king” who would “bring the world into WW3.”

And just recently, he told the Daily Star: “I had a dream in which I saw balls of fire falling from the sky and hitting the Earth.’

Villegas is convinced that WW3 will break out on the day ‘Our Lady’ – another name for the Virgin Mary – visited Fatima in Portugal for the first time.

This is said to have been on May 13, 1917 and was allegedly the day that ‘Our Lady’ warned people that if Russia did not convert to the Catholic faith, God would use the country to wreak havoc on the world.

Villegas reportedly told the Daily Star: “The main message that people need to know to be prepared is that between May 13th and October 13, 2017, this war will occur and be over with much devastation, shock and death.”

However, he warned that there we will be several ‘false-flag’ events which will take place between April 13 and May 13, and will see attacks carried out to spark conflicts based on false information.

These will reportedly involve Syria and North Korea.