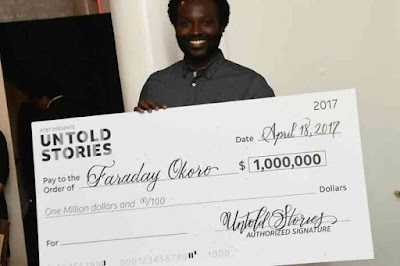 The movie which centers around Nigerian scammers was written and directed by Faraday Okoro and produced by popular filmmaker Biyi Bandele and Oscar Hernandez-Topete.

The movie was announced the winner after a pitching session tagged “AT&T Presents: Untold Stories” which involved four other filmmakers.

In addition, AT&T plans to distribute the winning film across several of its video platforms, including DIRECTV NOW, AT&T’s streaming over-the-top service. Apart from the funding, the movie is also guaranteed a slot at the 2018 Tribeca Film Festival.