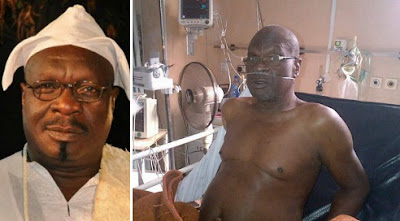 Contrary to different versions of online reports on how veteran actor Olumide Bakare passed on, top actor Dele Odule, in a chat with newsmen, revealed that the deceased died on his way to the hospital.

“He was declared dead on arrival at UCH Ibadan,” he said, quoting a family source.

On the purported account of a failed surgery as being reported online, Odule said “It is not true that he went through surgery again. He did undergo a surgery, but that was a long time ago and it was successful.

“It will be recalled that he was very sick at one time, but he came out of it and he has been in his home,” he added.

The cross-over actor had been ill for over three years, battling heart and lung illnesses, which at some point confined him to the University College Hospital (UCH), Ibadan.