Fayose is now a governor in Biafra - IPOB 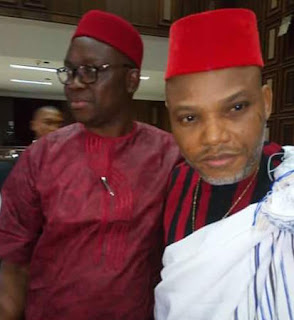 
This was made known to newsmen  through its statement issued and signed by its media and publicity secretary Emma Powerful.

Report holds it that Gov. Fayose was honoured in respect to his courage depicted during Nnamdi Kanu’s trial and circumstances that led to his bail.

However, the statement reads thus, “We also acknowledge the immense contributions of the honorary Biafran Gov. Ayodele Fayose who did what no south-east or south-south governor had the courage to do,” the statement read.