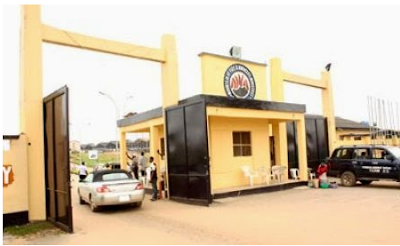 The General Overseer of the Mountain of Fire and Miracles Ministries, Dr. Daniel Olukoya, has dismissed a report that the church wrongly purchased the land which serves as the church camp.

The camp, popularly referred to as Prayer City, is located along Lagos/Ibadan Expressway.

Olukoya, who spoke during the December edition of the monthly ‘Power Must Change Hands’ programme of the church on Saturday, said the church had a genuine Certificate of Occupancy of the land.

The cleric disclosed that the church purchased the land twice, paying the Ogun State Property and Investment Corporation and the local owners of the land.

Olukoya said those fighting the church over the land ownership were not the true owner of the land.

He said, “I want to clear the air on negative reports about the MFM that has been circulating on the social media which is that the MFM is not the rightful owner of the land on which the Prayer City is situated. The report is untrue and misleading. The MFM has many enemies and many friends. Those who like the light will like the church while those who detest truth and light will hate the church.

“I wish to assure you that MFM has been here (at this location) for 18 years and we have a Certificate of Occupancy obtained from the government. In fact, we paid twice for the land on which the Prayer City is situated. We paid to OPIC, and then the rightful owners, which were confirmed to us by the government. So, those that are now saying they are the rightful owners are not saying the truth..”

Olukoya, who urged members of the church not to be disturbed with the development, hinted that the church lawyers were looking into the matter to know the next step to take.