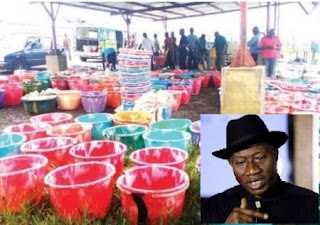 The sales manager, who identified himself simply as Mr Johnson, said the farm sells fish to buyers on Mondays and Thursdays, adding that the quantity sold used to depend on the on the number of ponds harvested.

According to him, the fish are categorised into three: large size, weighing 2kg and above, medium size, weighing between 1kg and 2kg and small size which falls below a kilogramme.

Some of the wholesale buyers told reporters that they visit the farm on Mondays and Thursday's to buy fish which they sell to other retailers in the Kado Fish Market and other markets in and around the Federal Capital Territory.

A source, however, said the farm was still under the management of the Chinese company SCC, which constructed the farm. But this claim cannot be independently verified by Source as staff were not willing to talk on the matter.