I never killed my wife, she was hypertensive - Lekan speaks from police custody 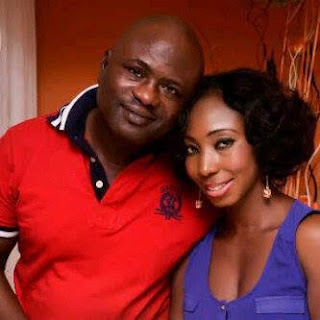 Lekan Shonde, the man who is presently in police custody for allegedly killing his wife last Thursday, has continued to deny murdering her, insisting rather that she was hypertensive.

Lekan who was arrested on Monday by operatives of the Rapid Response Squad (RRS) in Lagos four days after going into hiding maintained that his wife was his most priced possession.

The Kwara-born who claimed he turned himself in said that pressure from his 90- year-old father and some friends compelled him to show up at the Ikeja office of the Commander, Rapid Response Squad,RRS before he was moved to Lagos State Police Command headquarters

In the course of a conversation with his friend, who was present at the command with another friend, Mr. Gbenga Soloki, Lekan denied having any hand in his late wife’s death.

Although he admitted that there was a quarrel between them a day before she died over infidelity on the part of his late wife; he maintained that he had nothing to do with her death.

According to him: “The cause of the quarrel was over infidelity. I over-heard her discussing on phone with one Kayode, who was her boss and lover.

“I never killed my wife. We had a normal quarrel after she owned up that she had a man friend. We didn’t talk over-night.

“She held my legs begging, as I was leaving the house that morning. And I pushed her away. As I left the house my son bolted the door behind me.

“Later, our nanny called to alert me of what had happened. I immediately called my landlady’s daughter, who confirmed that my wife was dead. As I was rushing back home, neighbours called to inform me that policemen were there that I should run away. That was why I ran away. “I loved my wife, all my accounts are in her name. I bought her two cars and would not have wished for a better person as a wife. I did not kill her. She was hypertensive.

“I never spoke with any journalist until now. The media misquoted me. He said.