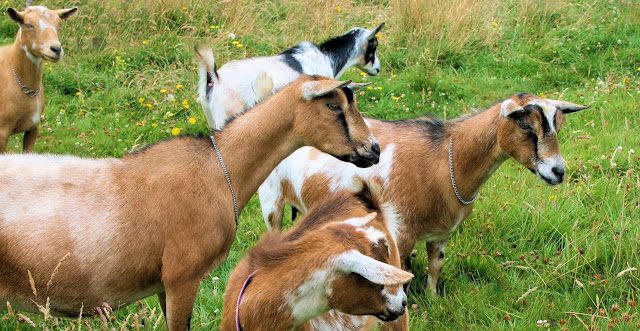 Jigawa Government has empowered 220 women with 660 goats in Dutse Local Government Area of the state.

The goats were distributed to the beneficiaries in the 11 wards of the local government under the Goat Rearing/Breeding Loan Scheme introduced to empower women in the state.

The Chairman of the goats distribution committee, Dr Ahmed Zubairu, said that the beneficiaries would pay back the revolving loan in 18 months.

Zubairu said that the women were given two she-goats and one he-goat to rear, adding that the breed that gives birth to three twice a year.

According to him, the women would pay back the loan with three goats.

He explained that decision to give the beneficiaries goats was because of its economic value and simplicity to rear.

“The government decided to give the women goats because of its economic values both the goats meat and its skin are need.

“Since most of the beneficiaries are rural dwellers, to feed the animals will not be hard for them because of the availability of the animal feeds in their villages,’’ he said.

Also, the APC Women Leader in the state, Hajiya Binta Shuaibu, commended the government for the gesture, pointing out that it would make the beneficiaries self-reliant.

Binta added that it would enhance the economic status of the women, and urged them to payback within the 18 months.