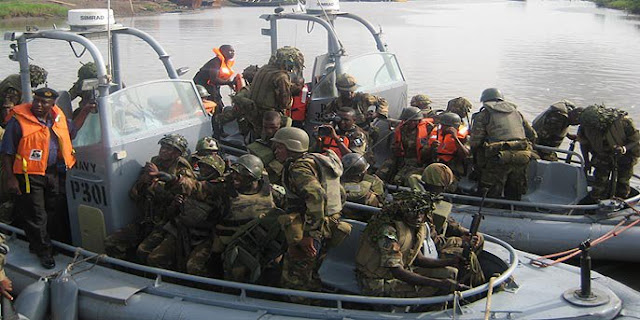 Ado, who spoke on behalf of the Commander of JTF, Operation Pulo Shield, Maj-Gen Emmanuel, said the operations were carried out in seven days by the Sub-sector 1 of the JTF in Effurun.

He said the actions were carried out in Odimodi, Yokri, Forcados, Oteghele, Opumani and Beneath Island communities in Burutu and Warri South-West Local Government areas of the state.

Ado also said the operation saw the destruction of 86 drums and 25 surface tanks filled with stolen crude oil, adding that 27 dugout pits were discovered in the raid.

The News Agency of Nigerian correspondent, who witnessed the operation on Wednesday in Oteghele forest, reported that over 10 tents belonging to the criminals were also set ablaze

“The sites and the products were destroyed in line with the JTF operation in the Niger Delta.

“The operation is a continuous one based on intelligent information aimed at eradicating illegal oil bunkering in the region,” he said.

Ado said JTF would not relent in its efforts at stemming illegal bunkering in the creeks and territorial waterways.

“We have been highly motivated with the procurement of 30 fighting gun boats and 30 operational patrol vans to combat crime in the region.

“I assure you of the command’s determination in the war against oil theft, pipeline vandalism and other criminal activities affecting the socio-economic development in the region,” he said.