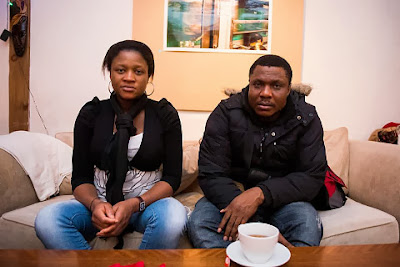 Allegations of mishandling asylum applications by Nigerians in Iceland are threatening the career of the country’s Interior Minister Hanna Birna Kristjansdottir.


Iceland’s Minister of the Interior Hanna Birna Kristjansdottir is facing increasing pressure over alleged involvement in the leak of documents aimed at slandering a Nigerian asylum seeker, Tony Omos, and a woman claiming to be pregnant with his unborn child, Evelyn Joseph.

Two separate charges have been filed against Kristjansdottir after a document originating from the ministry was leaked to selected media outlets at the end of November. The document claimed Omos was under investigation in relation to human trafficking and that he was pressuring Joseph to pretend the unborn child was his. Two major dailies published the allegation and both hinted at the man’s laxity with women.

Kristjansdottir has, on three separate occasions, had to answer for the document in parliament, one of which was before the parliament’s Constitutional and Supervisory Committee. She has, however, consistently dodged questions by DV, an Iceland publication that has over the past two months relentlessly covered the matter.

The Nation can reveal that a formal request for a special standing in the Icelandic parliament on the matter was filed in December but has yet to attract the interest of the leader of parliament and has not been formally added to the agenda. The leader, like the minister, is a member of the conservative party. A special standing on the matter will be a blow for Kristjansdottir as she might be forced to hand over documents on the matter to the parliament, which, in turn, could demand a public inquiry into her actions.

Sent away from his

In November DV published an interview in which Joseph claimed Omos is the father of her unborn child. The woman revealed the man had gone into hiding to avoid being sent away from his child and fiance. The interview enraged some and sparked a local activist group for the rights of asylum seekers to organise a protest outside the interior ministry. Quoting a ministerial memorandum, two of the largest dailies in the country published articles on the morning of the planned protest, both of which claimed that the woman was the victim of human trafficking and that she was being forced to claim that the man was the father of her child. Both papers quoted the ministry as the source of its story and painted an extremely unflattering picture of Omos.

DV soon started to question the claims made in the documents and shifted its focus towards the source of the claims. Few could have anticipated what was to follow. DV has relentlessly demanded answers from the minister on how selected media outlets could get their hands on a document containing, such sensitive personal information as well as essentially falsified claims aimed to discredit the asylum seeker. Other media in the country have essentially kept quiet on the issue despite it reaching parliament on numerous occasions and despite pressure mounting on the minister to step down from her post.

Omos was arrested in December after voluntarily coming out of hiding. He accused the Icelandic police of harassing and threatening Joseph and other asylum seekers daily in order to find him. He said that was why he decided that coming forward would be the right choice.

The local police force is already under scrutiny over its mass arrest of asylum seekers a few weeks ago, an action Kristjansdottir has defended in parliament and consistently denied the need to investigate further. Days after Omos’s arrest it was revealed he had been put on a plane and sent out of the country without notice. It was then revealed that when he arrived at his destination he was not met by any relevant authority. DV reported him to be living on the street and they have no information on his status. The latest reports suggest he is staying with a friend but still in a state of limbo with no word on his situation.

Last week, other news outlets in the country began reporting on the leak and the minister’s actions. On Monday, Morgunbladid, a local conservative daily famed for its editor David Oddsson, former prime minister, former head of the central bank in the run up to the bank collapse and an influential member of the conservative party, published a carricature of Kristjansdottir on a sinking boat surrounded by sharks. Oddsson was one of 25 people blamed for the world’s financial crisis in 2008 by Time. The carricature can be viewed as a blow for Kristjansdottir as it indicates that she has lost the papers support.

Maybe it was the Red Cross …

Kristjansdottir’s attempts to distance herself from the attack on the Nigerian have produced surprising casualties. In December she implicated the local Red Cross amongst others, as a possible source of the leak. Outraged by the accusations, a local staff member denied any involvement. Within hours the Red Cross had retracted the statement and publicly apologised to the minister. The Red Cross then followed by attacking DV for its aggressive coverage of the matter. Hours later the Red Cross would remove criticism of the publication but stand by its apology to Kristjansdottir despite having had nothing to do with the leak. DV later revealed the ongoing negotiations between the Ministry of the Interior and the Red Cross for financial support for the latter. The newspaper also revealed that the minister paid a visit to the offices of the Red Cross around the time the DV published its article on Kristjansdottir accusing the Red Cross of being the possible source of the leak.

A Northern-European country of 320, 000 inhabitants Iceland became infamous in 2008 after the collapse of its banking industry. It is extremely rare for politicians in the country to step down following media scrutiny or public pressure.