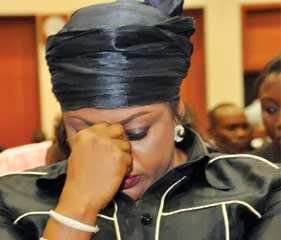 Senate, yesterday, summoned the Minister of Aviation, Princess Stella Oduah, Director-General of Nigerian Civil Aviation Authority, NCAA, and the Managing Director of Nigeria Airspace Management Agency, NAMA to appear before it on an undisclosed date to brief senators on the situation of the aviation sector and the resurgence of crashes in the national airspace.

This followed the crash of Associated Airlines’ aircraft in Lagos which claimed 15 lives; the loss of the tyres of Kabo Air aircraft when it made emergency landing in Sokoto and the suspension of Dana Air, all of which occurred within one week.

A senator, Smart Adeyemi has also alleged that the crashed Associated Airlines’ plane was on a test flight as it was under repairs after being grounded for some time.

The Senate while inviting the minister and the chief executives of the aviation sector, in a resolution condemned the resurgence of plane crashes in Nigeria and inability of relevant agencies to unearth the causes of the incidents.

Senate also mandated its committee on aviation to, as a matter of urgency, investigate the causes of the crash and ascertain the level of compliance by relevant agencies with the recent resolution of the Senate on the Dana air crash and air safety.

It further mandated the committee on aviation to investigate and identify lapses in the operation of laws and regulations guiding the aviation industry by the ministry and all its agencies with a view to correcting and streamlining same in order to avert further disasters.

Senate noted the unfortunate crash of the associated Airlines’ propeller airplane EMB190 bound for Akure with the remains of a former governor of Ondo State, Dr. Olusegun Agagu and 20 passengers on board on Thursday October 3, 2013, and regretted that Nigeria had witnessed seven fatal air mishaps and averted crashes within the last two and half years which it said was unprecedented in the history of plane crashes in the country.

The resolution to summon the aviation minister and chief executives of the aviation parastatals was as a result of the motion sponsored by Senator Hope Uzodimma (PDP, Imo West).

Senator Uzodimma chronicled the number of air disasters that had claimed the lives of Nigerians as a result of negligence by those saddled with the responsibility of ensuring that the air space was safe.

According to him, Allied Airlines (cargo aircraft) crashed on June 2, 2012 in Accra, Ghana killing about 10 people on the ground; Dana crash of June 3, last year, claimed the lives of 153 people on board, while the Nigeria Police helicopter that crashed on March 23, last year, killed the Deputy Inspector-General of Police, DIG John Haruna and three other officers on board.

He also said that the Odenegene Air Services (OAS Helicopter) crashed on a flight to Akure in 2012, killing all on board and the Augusta 109 Helicopter that crashed in Bayelsa State killing the former National Security Adviser, NSA, General Andrew Azazi; the Kaduna State Governor, Sir Patrick Yakowa; two naval pilots and two aides to the governor.

The Senate said it was worried that resurgence of plane crashes in the country since 2011 was suggestive of a deep-seated system problem that must be unravelled and resolved in order to avert further, unnecessary loss of lives.

Deputy Senate President, Ike Ekweremadu who presided over the plenary commended members for the passion expressed while contributing to the motion, stressing that it was a pity the country had lost many lives as a result of air mishaps and that every life must count.

Ekweremadu said that one of the problems in the aviation sector was the issue of safety standards and that the problem of the sector was from those saddled with the responsibility to enforce standards, adding that the Senate would make sure that every regulation was enforced.

Contributing to the motion, Senator Ali Ndume, PDP, Borno South said going by the contributions of the senators, what they were doing was lamentation and that they were not elected to lament, adding that resolutions taken by the senate were not implemented.

He said: “Last time we said that Dana operations should be withdrawn, they said no. Only last week, they said Dana has been suspended. We should ensure compliance after motions have been passed.”

But Senator Smart Adeyemi, PDP, Kogi West said that the problem with the aviation sector was as a result of corruption and that the Associated Aircraft that crashed was on test flight, based on what people told him during his investigations.

Adeyemi said that the plane departed Lagos for Akure on test flight and that it was under repairs before then and was supposed to carry only engineers for the flight test and not passengers.

He said that the government, especially the Ministry of Aviation had tried on facilities at the nation’s airport but that corruption was the main cause of the problems facing the sector. He insisted that it was pertinent to know the owner of the crashed airline and those managing it.

He further said that the airports were good but had the problems of technical regulators which he said was neck-deep in corruption.

Senator Ita Enag, PDP, Akwa Ibom North East called for thorough investigations into the matter and said that laws on aviation in the country were not enforced and that the minister had concentrated more on infrastructure and aesthetics while professionalism and suitability of the aircraft had been neglected.

He said that there was about 909 pages of recommendations on aviation safety but nothing had been done to implement them even as he said that in other countries professionalism and retraining of professionals were taken seriously which was not the same thing in Nigeria.

“We must go back and overhaul the system of monitoring and regulating the sector. We must make sure in our oversight functions that those saddled with responsibilities execute them efficiently,” he stated.

Senator Abiye Sekibo, PDP, Rivers East said that what was needed was beyond window-dressing and urged the Committee on Aviation to find out the air-worthiness of aircraft flying in the country, adding, “each time you board an aircraft, you know that you are in a coffin and you thank God if you make it.”

Senator Olubunmi Adetumbi, APC Ekiti North said that the provision of a good physical infrastructure was a good thing but did not constitute reform of aviation as the reform has to do with the people that manage aviation and the processes, adding that what the country was suffering from was a failure of regulation.

Meanwhile, Kabo Airline has suspended its pilot who did an emergency landing at the SokotoAirport last Friday which resulted in loss of the plane’s tyres.

This was disclosed yesterday in Abuja by the Managing Director of of Nigeria Airspace Management Agency Authority (NAMA) Mr. Nnamdi Udoh during an interactive session between the Minister of Aviation, Princess Stella Oduah and newsmen.

It would be recalled that the Kabo plane which was conveying over 400 passengers from KanoAirport enroute Saudi Arabia had to do an emergency landing at the SokotoAirport. After the plane landed it was discovered that its tyres were deflated and it damaged some parts of the instrument landing system at the airport. The pilot also did not comply with the directive given by air traffic controllers on duty that the plane should land on runway 08 , but rather diverted to another runway.

The passengers on board who were on pilgrimage to Mecca were safely evacuated and subsequently transferred to another aircraft which took them to their destination.

In her own remarks at the occasion, the minister dismissed complaints of foreign airlines operating in the country over high operating cost as mere propaganda.

She further explained that the proportion of the airlines cost which could be attributed to taxation was less than four percent of their total operating cost.

Commenting on the Federal Government’s plan to float a national carrier, she said it would be actualised before the end of this month.

She further stated that so far, her ministry had spent a total of N648 million on the rehabilitation of the general aviation terminals in various airports across the country.

She further stated that at the onset of the present administration, she conducted a general review of the infrastructure in the sector and replaced all the equipment that had become obsolete.

Said she: “ Our airspace management has become a model in the region and the International Civil Aviation Organisation (ICAO) has ranked us number 12 in Africa. We have scored above the 65 percent mark going by international standards”.

She said that the Federal Government will continue to improve on what has been achieved so far insisting that the nation’s air space is very safe.

She further stated that the present administration had to intervene to assist some ailing airlines to enable them remain in business, adding that this was based on a business model that was designed together with PriceWaterhouseCoopers — an international consulting group. She further stated that President Goodluck Jonathan had already approved the plan, adding that the next phase was the release of funds for the scheme by the Central Bank.

“This facility which would be extended to certain airlines which must satisfy some criteria would be repayable over a period of 30 years,” she said.

She further stated that the purpose for assisting the affected airlines is to ensure that they provide new and healthy aircraft for the flying public, and explained that the Federal Government could not always intervene in the sector since this would be the third time it had happened.

In his own comments at the session, the Managing Director of Nigeria Airspace Management Agency, Mr. Nnamdi Udo said that his agency had installed three types of lighting on the runways in some of the nation’s airports.

He further explained that Nigerian pilots could now communicate with the air traffic controllers of other countries in Africa and beyond during international flights.