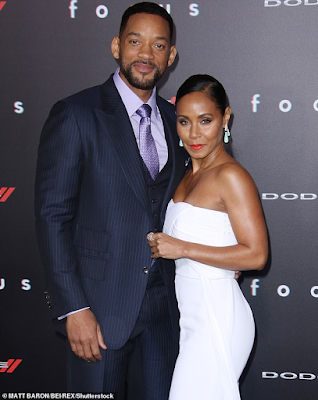 Will Smith and Jada Pinkett Smith seem to be working on their marriage of 23 years.

The couple have flown to the Albaby resort in the Bahamas, according to PageSix, after the 48-year-old Matrix actress confirmed to her action star husband on her Facebook show Red Table Talk that she had cheated with 27-year-old rapper August Alsina.

Albany is a luxury resort community on the island of New Providence in The Bahamas, which opened October 2010, according to the resort’s website.

Rooms run about $3,000 a night and private residences at Albany start at $5million.


On Friday Jada came clean about her affair with singer August Alsina. Jada and Will were face to face as she revealed how it all came to be.

She said she developed a friendship with August four years ago, but revealed she and Will were going through a ‘difficult time’ and had ‘basically broken up’.

The shocking confessional comes after both actors initially denied August’s claims that Will gave him his blessing to have a relationship with Jada.

Jada began explaining the couple met August through their son Jaden, 22, and recalled the singer, who would have been 23 at the time, was ‘really sick’.

Jada said: ‘And it all started with him just needing some help, me wanting to help his health, his mental state.

‘The outpouring for him from our family was initially about his health,’ she said. ‘We found all those different resources to help pull him through and from there you and I were going through a very difficult time.’

Following Jada’s confession Will admitted ‘I was done with you,’ while Jada added that they decided to separate for a ‘period of time’.