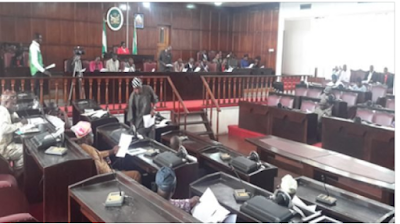 Agboola Ajayi, deputy governor of Ondo state, has filed a suit before a federal high court in Abuja to stop the alleged impeachment move by the state house of assembly.

Ajayi is at loggerheads with Rotimi Akeredolu, governor of the state.

He resigned his membership of the All Progressive Congress (APC) and defected to the Peoples Democratic Party (PDP).

Ajayi may be contesting the governorship election with the governor as the PDP granted him waiver to contest in the party’s primary election.

The state assembly began impeachment proceedings against the deputy governor on Tuesday following his resignation and defection to the PDP.

Ajayi through his counsel, I. Olatoke filed the suit seeking to stop the impeachment process and to enforce his fundamental right of association.

Apart from the house of assembly, other defendants in the suit are the inspector-general of police, the state commissioner of police, Department of State Services (DSS), and David Oleyeloogun, speaker of the assembly.