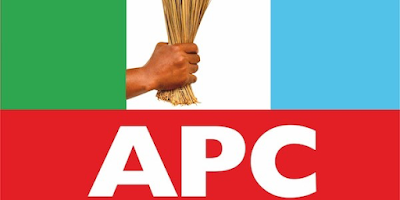 The Ondo State chapter of the All Progressives Congress (APC) has said aspirants who rejected the indirect mode of primary for the State Governorship Primary Election are late with their agitation.

The Mai Mala Buni-led Caretaker/ Extra-Ordinary National Convention Planning Committee has chosen the indirect mode of primary for the state, appointing Governor of Kogi State, Yahaya Bello as the Chairman of the Election Committee in the state.

It was gathered that the decision did not go down well with 11 out of the 12 aspirants who have argued that the exercise was meant to benefit the incumbent.

The 11 aspirants said that having campaigned across the state, they were sure that party members were expecting direct primary.


Chief Olusola Oke (SAN), at the party’s a reconciliation meeting, vowed to take the party to court, over the adoption of indirect primary to pick the candidate.

However, in an interview with newsmen, Alex Kalejaye, the publicity secretary of the party in the state on Saturday, he stated that so far this mode of the primary was in consonant with the constitution of the party and that the decision was final.

According to Kalejaye, the entire exercise of the primary lies in the hand of the committee set up in Abuja for the purpose.

“It is their duty to work out all the plans. It’s only when they need the assistance of the state secretariat that they will ask us, maybe in terms of logistics, otherwise, the entire exercise is their own to handle.

“As we speak we are still awaiting the arrival of the committee, once they arrive, we will receive them and if they give us a specific assignment to help them with, we will do it,” he added.

Kalejaye further stressed that the mode of the primary had been communicated to the aspirants and that it had been in the public for some time, and they didn’t come with their agitation quickly.

In his words, “Every aspirant is warming up for the indirect primary coming up on Monday. Everybody is aware that the mode of the primary is indirect, except some people who are saying it ought not to be indirect.

“In any event, a committee was set up for this purpose and if the national secretariat has said this mode should be adopted and so far this mode is in consonant with the constitution of the party, I don’t see why some people are saying no.

“So far the mode does not contravene the constitution of the party. We expect aspirants to abide by the rule,  and we are confident that the most popular of all the aspirants will emerge as the candidate of the party.

“I am not participating in the process, but what I do know is that before now, it is allowed in politics, there could be groups within the folds. In our own case here we have a group called unity forum and all these people who are saying no to indirect primary all belong to the group.

“As I said earlier, we are not objecting to any mode of primaries, so long it does not contravene with the constitution of the party, but these people are turning up a little late, few days to primary you are coming up with fresh agitation, these are members of the party, if they have raised this before now, perhaps the party might take a second look at it, but they didn’t until few days to the election and you expect the national secretariat to change the mode base on what you want.

“So we are not objecting to any form of mode to use, don’t also forget that we are under compulsion to notify INEC 21 days to the primary. It’s not the duty of the state secretariat to communicate the mode of the primary, but we are all aware that it’s going to be indirect mode.”

Reacting to Engineer Ife Oyedele’s allegation that the leadership of the party has put the aspirants in the dark over the mode of primary to be adopted by the party, Kalejaye disputed the claims, adding that it was only those playing games that could make such allegations.

He said, “I was on AIT with engineer Ife Oyedele on Monday and even there, I declared that it is going to be indirect, this is what has been communicated to INEC, and we have been notified at the secretariat. The mode of primary has been in the public domain except some people are trying to play games.

“Well as I said I am not an aspirant but an observant, and we are only here to present the fact for people to make up their minds.”

Meanwhile, the primary will hold across all 18 local government areas in the state.