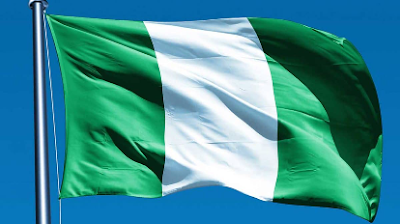 The Concerned Yoruba Patriots (CYP) has warned some politicians calling for a military coup, saying that the unity of Nigeria is “sacrosanct and non-negotiable.”

The South-West group pledged its total support for one indivisible Nigeria during a peaceful rally on Wednesday in Lagos against disintegration, mutiny and destabilization of the country.

It also demonstrated solidarity with President Muhammadu Buhari and the Nigerian Armed Forces in a letter received by Governor Babajide Sanwo-Olu.

This warning came a few days after the Defence Headquarters frowned at a call for ‘Jerry Rawlings treatment‘ in Nigeria by the national chairman of National Democratic Party (NDP), Chidi Chukwuanyi, on Sunday.


Chukwuanyi was quoted as saying, “…the state of corruption in the country calls for the replication of the Ghanian experience under former President Jerry Rawlings in Nigeria”.

The Nigerian military said the “unguided utterance targeted at the Nigerian Military is inciting and instigative. What Chidi Chukwuanyi is calling for is a combination of unpopular acts of insurrection and mutiny, which cannot be taken for granted by the Armed Forces of Nigeria”.

Addressing the rally, the convener, Elder Bankole Johnson, averred that those that have been spreading inciting messages were not representing the interest of the Yoruba nation but rather the interest of their paymasters that have ganged up against the soul of Nigeria.

Full text of his speech below.

The exigencies of time indeed require that we must be guided in our public utterances in the interest of peace and sustainable development. For Nigeria, it neither east nor south, north or west, but one Nigeria bonded in love and strength.

The recent happenings in the country have indeed brought out some of the salient issues affecting our growth and development. This fact if we must admit would ultimately constitute a clog in the wheels of our progress, and as such we must do all within our powers to address it from its very source.

We the members of the Concerned Yoruba Patriots know for sure that the unity of Nigeria is sacrosanct and non-negotiable and that is why we have elected to undertake this rally against disintegration, mutiny and destabilization in Nigeria.

Do we need a soothsayer to tell us that the enemies of Nigeria have conspired to see the country go up in flames? I am not convinced we need to look too far to see the handwriting on the wall. They have had nocturnal meetings, they have received illicit funding, they have recruited foot soldiers all in fulfillment of their nefarious plot against Nigeria.

They have also started whipping up ethnic sentiments and portraying a particular ethnicity as against the interest of the country. This is indeed uncharitable and sad, but our consolation rests in the fact that the Yoruba Nation is on the side of one strong and indivisible Nigeria.

This is regardless of the ignoble position taken by some characters pretending to be representing the Yoruba nation wherein they made fallacious and unsubstantiated allegations that are capable of causing an uprising in the country.

We know for certain that the sons and daughters of Oduduwa are not known for causing disaffection in the society. And consequently, we won’t allow a group of selfish politicians that know nothing but how to take care of themselves alone jeopardize the future of Nigeria just because they want to score political goals.

The Concerned Yoruba Patriots rebuke such posturing as it is not only self-serving; it is also capable of presenting the Yoruba nation in a bad light and against the unity of Nigeria.

We wish to state that this rally is to set the record straight and put issues in proper perspectives as regards where the Yoruba Nation stands with regards to the unity of Nigeria.

The position of the Concerned Yoruba Patriots is crystal clear, and the fact that our absolute faith and trust is with the unity of Nigeria. We shall do all within our means to ensure that those that have elected to engage in acts that would destabilize the country are exposed and brought to shame.

We are in absolute commitment with the efforts of the government towards making Nigeria safe and secure for all regardless of our ethnicity, religion or geographical locations, which has remained the hallmark of the present administration since 2015.

Our support remains unflinching despite the gang ups and conspiracies against the country by those that have benefited from the rot in the system. Since it is no longer business as usual, they have thus constituted themselves as clogs in the wheels of our progress.

We the Concerned Yoruba Patriots are in solidarity with President Muhammadu Buhari for his giant strides in entrenching peace and security in South-West Nigeria. Our gratitude knows no bounds but for his rare display of sincerity of heart and purpose, the South-West would have been turned into a killing field by politicians and those who do not wish well for the country and the South-West region.

The Concerned Yoruba Patriots as a reputable association of patriots in South-West Nigeria would do all within its limits to ensure that the noble objectives of President Muhammadu Buhari towards the peace and security of South-West Nigeria is fully implemented.

Our gratitude knows no bounds, and that is why we have come out in our numbers to push forward our message for the whole country to know that indeed any negative news coming from groups and associations of South-West origin is not the reflection of the generality of the people of the South-West region.

This is especially so because the people of the South-West region are not ingrates. We are appreciative people with a rich history of identifying with progressive policies and ideas towards making Nigeria the country of our dreams.

As members of the Concerned Yoruba Patriots, it is inexcusable for any group from the South-West region to attempt to undermine the efforts of President Muhammadu Buhari towards peace and security in South-West Nigeria. The Concerned Yoruba Patriots would resist such dispositions as well as mobilize the peace-loving people of the South-West region to the streets in solidarity with the federal government.

The stakes are high, and the unity of Nigeria is sacrosanct and non-negotiable. This fact remains our position now and in the future, because we shall not entertain any form of politicking with the security of lives and properties in the South-West region. The interest of the people of the South-West region remains the top priority of the Concerned Yoruba Patriots, and this supersedes any personal or organizational interest.

The Concerned Yoruba Patriots believe that this is not the time to play politics with the lives of the people to attain political goals. This much the people of the South-West region must come to terms with and realize that indeed some individuals and groups are out to undermine the peace and security in the region for their political advantage through the instrument of whipping up unnecessary ethnic sentiments.

The South-West region is in safe hands with President Muhammadu Buhari at the helm of affairs in this country. Our solidarity today is to thank and also pledge our support to the government’s efforts towards ensuring that peace and security reign supreme in the South-West region.

The Concerned Yoruba Patriots is a partner in progress, and we are known to speak power to truth. This peaceful rally is just one instance as we shall be monitoring events as they unfold to chart a course that would ultimately be beneficial to the generality of the people of the South-West region.

I thank you all for coming out in droves in defence of our nascent democracy. We desire that indeed those that have conspired against the interest of the peace and loving people of the South-West region are put to shame.

This rally is just a first step as we have marshalled out strategies to ensure that the hopes and aspirations of the people of the South-West region is translated into tangible realities.