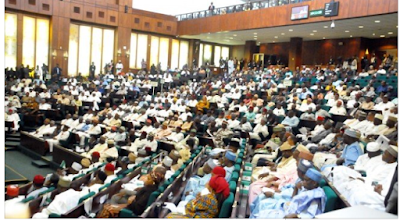 The national assembly has refused to pay for vehicles bought for members of the house of representatives since 2017, 12 contractors involved have alleged.

The vehicle bought by the eighth national assembly, included Peugeot 508, 2017 model, and Toyota Hilux pick-up vans and other office equipment, and were reported to have been captured in the budget.

Otaru Otaru & Co, the legal firm representing the contractors, on July 3, 2020 wrote a letter of demand to the clerk of the national assembly asking that the money owed, which was put at N875 million, be paid.

The contractors also threatened a lawsuit if the “outstanding sum of N875 million is not paid within seven days from the date of receipt of this letter”.

But the national assembly failed to respond to the demand. In another letter to President Muhammadu Buhari dated July 17, the contractors asked the president to look into the matter and to ensure justice is done.

The contract was said to have been executed when Mohammed Sani-Omolori was clerk of the national assembly.

The National Assembly Service Commission last Friday replaced Sani-Omolori, who was due for retirement, with Ojo Amos Olatunde who now serves in acting capacity.

In 2019, the national assembly came under criticism for budgeting about N5 billion for cars.

Both Ajibola Basiru and Ben Kalu, spokespersons for the senate and house of representatives respectively, were not reachable for comment on the matter.