I won’t apologise to Griezmann – Setien 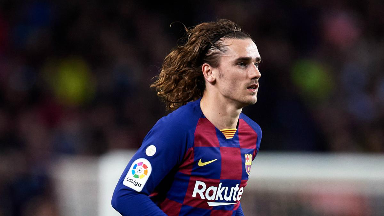 Griezmann was facing his former club, but wasn’t seen until the 91st minute.

Setien stated afterwards, “I see him well, but it is necessary to decide, perhaps it was not logical to put him on, but worse was not to do it. I did not do it before because those who were on were doing well, Riqui, Messi, Suárez. Finding a place is not easy without destabilising the team.

“I do not entirely agree (that it was humiliating). Putting him on with so little time is hard for a player of his level. I’ll talk to him tomorrow. I’m not going to apologise, but I fully understand that he may feel bad.”


On the result, Setien added: “It’s a shame, we have it more and more complicated. We move away from the title but we have to keep working. Atlético have been a good team.”