I was assaulted by my former label boss — Niyola 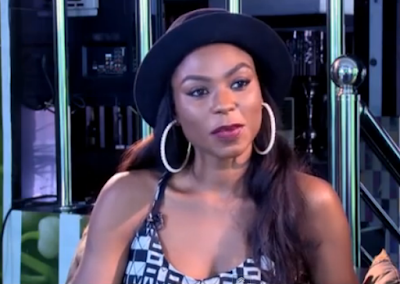 Sonorous songstress, Niyola has opened up on how she was allegedly assaulted by her former label boss.

The ‘Toh Bad’ singer who was formerly signed to Westside Music in the early days of her career, revealed during an Instagram Live chat with rapper, Bouqui, that she was assaulted by the owner of the record label.

Hear her:”I was assaulted by my label owner, I actually have never talked about this. I was just done, so I left the label. I was assaulted by the owner of Westside Music. Everybody knew who I was dating at the time and he would be like: ‘What do you see in this guy? Let me take care of you’.

“When I had a video to shoot, he would just unnecessarily hold me up. One day I walked into his office and he said ’Wow you look so nice’. That time I wasn’t as slim as this. I remembered that I had classes and we were supposed to have a meeting. So I left school, UNILAG and went for the meeting. Because he also had a store where they rent films, I also wanted to go and collect horror movies as usual.


So when I got into his office, he said ‘Niyola come and give me a hug ‘and I said no. He got up from where he was, came to where I was and tried to squeeze my tiny little body. My bag broke in the process. I left the bag there and I walked away. Efe Omoregbe was my manager at the time. I didn’t tell my boyfriend at the time .I told Efe and he took it upon himself to deal with him. So I left the label. That’s how that went. It was Solomon Arueya, he owned Westside Music at the time”.

On how she dealt with the assault, Niyola stated that she had never seen anything as a do or die affair, adding that she does things on her own terms.

“I have always been a person who understood that nothing is do or die. A family member once told me that because I do music, they would see what I would amount to. For me, I will always do things on my own terms. If God gave me this talent, it may not be the easiest way but he will figure it out for me”.