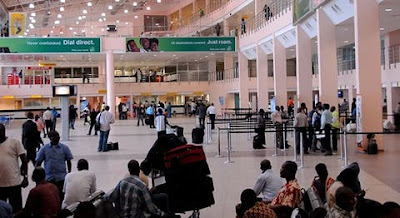 The Federal Airports Authority of Nigeria has asked all very important personalities to obey all COVID-19 protocol at the nation’s airports or risk being denied access to any of its facilities.

It was earlier reported that Fintiri and his entourage allegedly refused to have their temperature checked on Tuesday while Yari allegedly assaulted an environmental worker enforcing the Covid-19 protocol on Saturday.

Though the two VIPs denied the allegations, the Authority condemned their actions again in a statement on Friday, noting that persons of such calibre should show themselves worthy of occupying leadership positions by leading by example.


FAAN added, “As a responsible institution of the Federal Government of Nigeria, FAAN holds all officials of state in high esteem, and accords them all the courtesies their status deserves. Therefore, FAAN has no personal issues with Alhaji Yari and Governor Fintiri.

“We are simply implementing our standard operating procedures to assure the success of our security and public health protocol. The protocol flouted by both personalities were duly approved by the Federal Government through the Presidential Task Force on COVID-19. They were intended to protect all airport users and to curb the spread of COVID-19 pandemic.

“By their actions, the two personalities put at risk not only themselves but also other airport users. These protocols are now part of the new normal all over the world, and no person, no matter how highly placed, is exempted from them, else he would be denied access to our facilities.

“Our esteemed government officials and other very important personalities should not only comply with the rules, but provide leadership for other air travellers by projecting good conduct, and protecting public safety.”