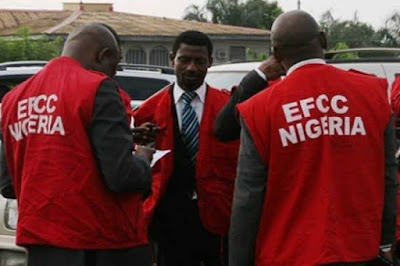 The Economic and Financial Crimes Commission has filed charges against the duo of John Demide and Sarah Ajibola for allegedly rigging the 2018 general elections of the Nigerian Bar Association conducted electronically.

The defendants have been charged with 14 counts before the Federal High Court in Lagos State.

The EFCC, in the charge sheet marked FHC/L/118c/2020, alleged that the defendants conspired between themselves to “knowingly alter the email addresses and phone numbers of 1004 eligible voters of the NBA election with the intention that such inauthentic data will be acted upon as genuine during the said election.”


But Okafor and Ojukwu rejected the election result, saying it was rigged.

In the charges now filed by the EFCC two years after the election, Demide and Ajibola were accused of fraudulently using the Supreme Court Enrolment Numbers of some lawyers to vote “with the intent of gaining electoral advantage in favour of Mr Paul Usoro”.

According to the EFCC, the lawyers, whose Supreme Court Enrolment Numbers were allegedly used by the defendants, include Gabriel Oladapo, Uthman Oluwaseun, David Anako, Chiagoziem Aninilu, and Bankole Toyin.

The EFCC prosecutor, Rotimi Oyedepo, said Demide and Ajibola acted contrary to Section 27(1) (b) of the Cybercrime (Prohibition) Act 2015 and were liable to be punished under Section 13 of the same Act.