‘Challenge Accepted’: Why women are posting black and white photos on social media 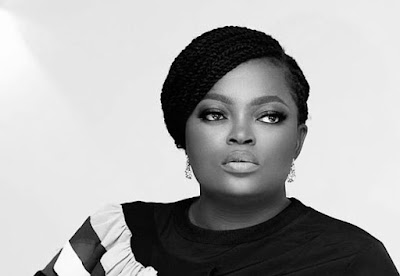 If you are an avid internet user, you will notice that in the past few days, some women across the world have been posting monochromic pictures of themselves on various social media platforms with the caption, “Challenge Accepted.”

The sole aim of the challenge is to encourage “women to support women” in what appears to be a show of solidarity and calls for female empowerment amid the coronavirus pandemic.

How does it work?

To be part of the challenge, you will have to post a black and white photo of yourself, and then challenge other women who you want to uplift to do the same. The women, thereafter, share their photo, usually with the caption “Challenge Accepted” or hashtag #womensupportingwomen, and tag other women to post their own, who in turn, can nominate other women.

How did it start?

There are reports that the trend originated from Turkey and that it was aimed to protest against femicide. Tariro Mzezewa, a travel reporter for the New York Times, also disclosed that the idea of the challenge was in response to the high rate of killings of women and girls in the country.

The original accompanying hashtags were #kadınaşiddetehayır#istanbulsözleşmesiyaşatır which I’m told translate to say no to violence against women &
enforce the Istanbul Treaty/ Doctrine (where rights to protect women are signed.)
— Tariro Mzezewa (@tariro) July 28, 2020

“The original accompanying hashtags were #kadınaşiddetehayır and #istanbulsözleşmesiyaşatır, which I’m told translate to say no to violence against women & enforce the Istanbul Treaty/ Doctrine (where rights to protect women are signed.),” she wrote on Twitter.

On his part, @beelzeboobs, an Instagram user, wrote. “The black and white photo challenge started as a way for women to raise their voice. To stand in solidarity with the women we have lost. To show that one day, it could be their picture that is plastered across news outlets with a black and white filter on top.”


I have received several requests that wanted me to share this as a post as well. So here goes. I hope this will be able to inform people as to what is going on in Turkey and why the black and white photo challenge exists. Thank you all for sharing this information. #blackandwhite #challengeaccepted #womensupportingwomen #mensupportingwomen #istanbulanlaşmasıyaşatır #blackandwhitechallenge #istanbulsözleşmesiyaşatır
A post shared by Manic Pixie Dream Boy (@beelzeboobz) on Jul 28, 2020 at 5:13am PDT


Some of our Nigerian celebrities that participated in the challenge:


Challenge Accepted My scars are the reason why I smile today. Thank you @ajusm @aisha_shatu @zara_fandi @savenalawal @mina_stones @hussy_yaqub01 @thenortherntherapist I admire you ladies for your beautiful heart. May we continue uplifting each other Ameen. Thank you for this pic @bighstudios you captured what happiness looks on me and couldn’t be more beautiful 💝 I pray for every woman to attain happiness in its never ending form #alhamdulillah #westandwithturkishwomen #inconversationwithzahra #zahmed #zahrabuhari #zmb
A post shared by 𝐙𝐚𝐡𝐫𝐚 𝐌 𝐁𝐮𝐡𝐚𝐫𝐢-𝐈𝐧𝐝𝐢𝐦𝐢 (@mrs_zmbi) on Jul 30, 2020 at 2:48am PDT


#Challengeaccepted @katebeckinsale . Thank you for nominating me 💋. We are all the strength we need to go on. 🤍
A post shared by 𝒢𝑒𝓃𝑒𝓋𝒾𝑒𝓋𝑒 𝒩𝓃𝒶𝒿𝒾 (@genevievennaji) on Jul 27, 2020 at 6:11am PDT


#challengeaccepted thanks @genevievennaji for nominating me. I have a great respect for women who support other women! Let’s keep the fire burning! #womensupportingwomen
A post shared by Funke Akindele Bello (@funkejenifaakindele) on Jul 27, 2020 at 9:32am PDT