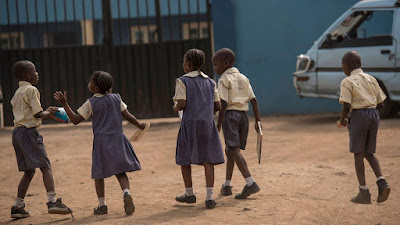 COEASU President, Nuhu Ogirima, gave the condemnation in an interview with newsmen on Tuesday.

He said the decision amid the spike in coronavirus cases would put the lives of students in danger.

The union leader insisted that the government has not done enough testing for COVID-19 to guarantee the resumption.

“I can’t understand what the government is doing. What measures have they put in place? How do you ask students to resume for God’s sake?”, Ogirima quipped.

Ogirima reminded the government that students would return to schools from all parts of the country.

He said even the United States that eased lockdown is contemplating going back.

Ogirima wondered how social distancing will be enforced in schools and hostels.

Ogirima described the decision as ill-advised and urged authorities to reconsider.

He lamented that Nigeria has tested less than 1 percent of the entire population.

The president said by implication, more people that are positive that may not be symptomatic.

The COEASU leader warned Nigeria to go beyond rhetoric.

“Even smaller countries in Africa have launched apps to trace contacts. You have not even funded the institutions and you are asking them to be prepared. Be prepared for what?”, he queried