80,120 Brazilians are now dead from Coronavirus 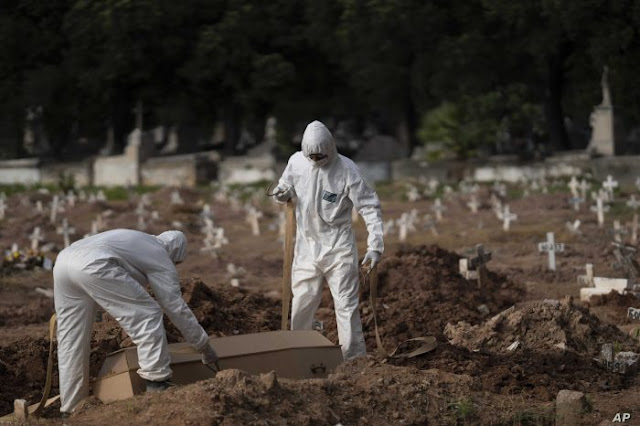 About 80,120 people have died from coronavirus in Brazil since the pandemic started, new figures from the country’s health ministry reveal on Monday.

Along with President Jair Bolsonaro, two members of his cabinet announced they tested positive for the virus on Monday.

According to CNN, some state health secretaries in Brazil have reported issues in sending local data to the national health ministry in recent days.

The state health secretaries of Goias and Rondonia said difficulties in registering their data may have been caused by problems in the health ministry system.