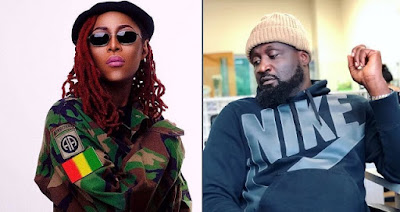 This is coming weeks after apologizing to the music executive and elder brother of defunct PSquare.

In a recent write-up shared on her Instagram Story, the German Juice singer blasted Okoye, saying he would suffer for his evil ways.

“@judeengees you will suffer for your evil ways.” Cynthia Morgan writes on Instagram Story. Cynthia Morgan alleged that Jude Okoye seized her accounts, made her stop using her name as well, and not promote her and does not own rights to the music she produced while still under Northside Inc, losing virtually everything.

However, Cynthia Morgan was dragged on social media after Jude Okoye released copies of the contract between the singer and his record label, Northside Entertainment.

The contract between her and Jude Okoye revealed that she lied about the content of the contract.

But afterwards,  in a letter,  Cynthia Morgan apologized and also appreciated Davido and everyone showing her love since she shared her story.

It is not clear what prompted Cynthia’s recent outburst.