You are Nigeria’s problem, PDP attacks APC over Wike 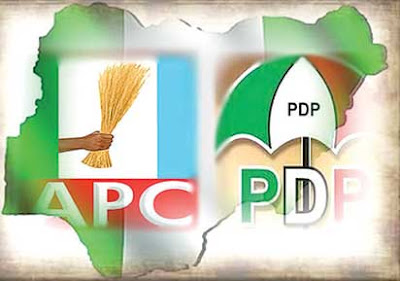 The Peoples Democratic Party, PDP, has on Tuesday condemned the statement of the All Progressives Congress, APC, over Governor Nyesome Wike’s comment against the party.

The party accused APC of being  Nigeria’s major problem, noting that the ruling party has proven to be nothing but a despotic platform; a soulless mob and political virus that has no interest in the wellbeing of Nigerians.

PDP, through its National Publicity Secretary,  Kola Ologbondiyan,  berated the APC leadership over its unwarranted tirade against River state Governor Nyesom Wike’s unflawed comments on the overbearing conduct of APC leadership, particularly in trying to impose itself on the people of Edo state.

The PDP however noted that the outburst by the vindictive APC leadership, under Adams Oshiomhole, does not reflect the views and opinions of majority of APC governors and democratically minded leaders in the APC, who are completely averse to the unbridled impunity being exhibited by the national leadership of the party.


Read part of the statement below:

“Our party invites Nigerians to note that such impunity, arrogance, egoism, recklessness and disdain for rules and order, which are symptomatic of crass incompetence and cluelessness, are at the root of the problems, which the APC, under the leadership of Adams Oshiomhole, has brought upon our nation.

It is on record that the contemporary political, security and economic situation in our country has never been as bad as being experienced under the current APC leadership, which has brought nothing but confusion, acrimony, failures and impunity, within the ruling party and its government, leading to the perilous situations in our nation today.

Our party stressed that Governor Wike’s position reflects that of most APC members, particularly in Edo state. Sadly, the Oshiomhole-led leadership has become so irredeemable in its arrogance that it cannot realize that it is standing alone, particularly, on all issues related to Edo state governorship election.

Majority of Nigerians are aware how Governor Wike and other PDP leaders across board, have been resisting the relentless ploy by the APC leadership to destroy our democracy, subjugate our citizens and appropriate their wishes and aspiration, especially during elections.

It is therefore not surprising that the APC leadership, having been exposed, would resort to hauling of invectives and tirades on Governor Wike and other democratically minded Nigerians.

Our party sternly cautions that it would not accept any such venting of frustration by the APC on any of our governors or members.

The PDP holds that the APC leadership should blame nobody but itself for its self-inflicted problems and come to terms with the fact that the train has already left the station.”