Why I went to my father’s birthday as man – Bobrisky 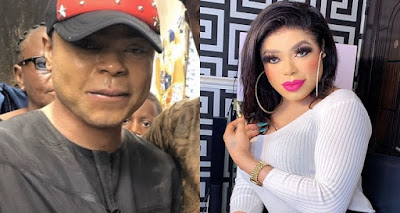 Nigerian celebrity crossdresser, Okuneye Idris widely known as Bobrisky, has explained why he wore men’s clothes instead of the women’s clothes, wigs, and full-face makeup he is usually pictured with to his father’s birthday party on Tuesday.

The 27-year-old on Tuesday explained that he did in order not to draw attention to himself and also out of respect for his family.

A short video emerged online showing the internet personality dressed in a long black jalabia (gown), a face cap and no makeup on. This is quite unusual as he is known to wear female clothing.

Bob is known for his/her glamorous living on social media and a controversial style earned from cross dressing and dramatic nature.

Reacting to the development, he wrote: “There is absolutely nothing wrong with what I am wearing. I wore a face cap and a black Jalabia. I’m not the celebrant I don’t have to paint face to my dad house. I respect my family. Oh you think my parent don’t see my IG? mtcheew,” he wrote in reply to fan with username @princesidney24 who wanted to know why he had dressed so modestly to the party.